All Roads Lead to Rome Part III: Walking Through Antiquity

This three part series covers my time in Rome during my 9-day trip to Italy back in March. Be sure to read Part I and Part II.

I’m not sure how many days in Rome is quite ‘enough’ but I will say that I do not think you can spend too much time in this beautiful city. There are numerous areas to explore, so where do you start? Well, there are obviously the highlights of Rome. But from there, it’s great to expand your exploration to the encompassing area. 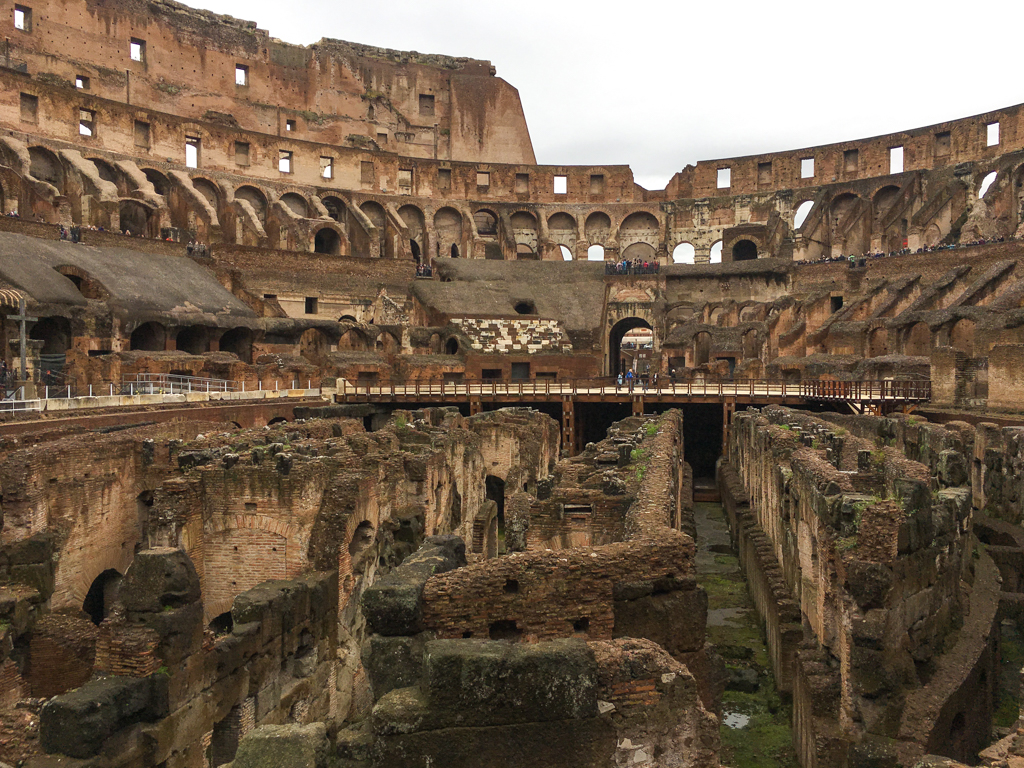 You’d think that perhaps all the quaint neighbourhoods in Rome are in the outskirts. However, sometimes, a gem is right under your nose. For example, just behind the madness of the Colosseum is the neighbourhood of Monti. It’s Rome’s Bohemian area, with its hip wine bars and funky vintage boutiques. It’s also weirdly quiet for its location.

After a lovely morning exploring Monti, the rain started to pick up quite a bit as we made our way to the Imperial Forums. These forums are a series of public squares that formed the the center of the Roman Republic and of the Roman Empire. What remains are various columns and walls, which may not seem amazing, but what is incredible is its inclusion in the modern city of Rome. Cars are whizzing past as tourists line up to walk amongst these ruins. 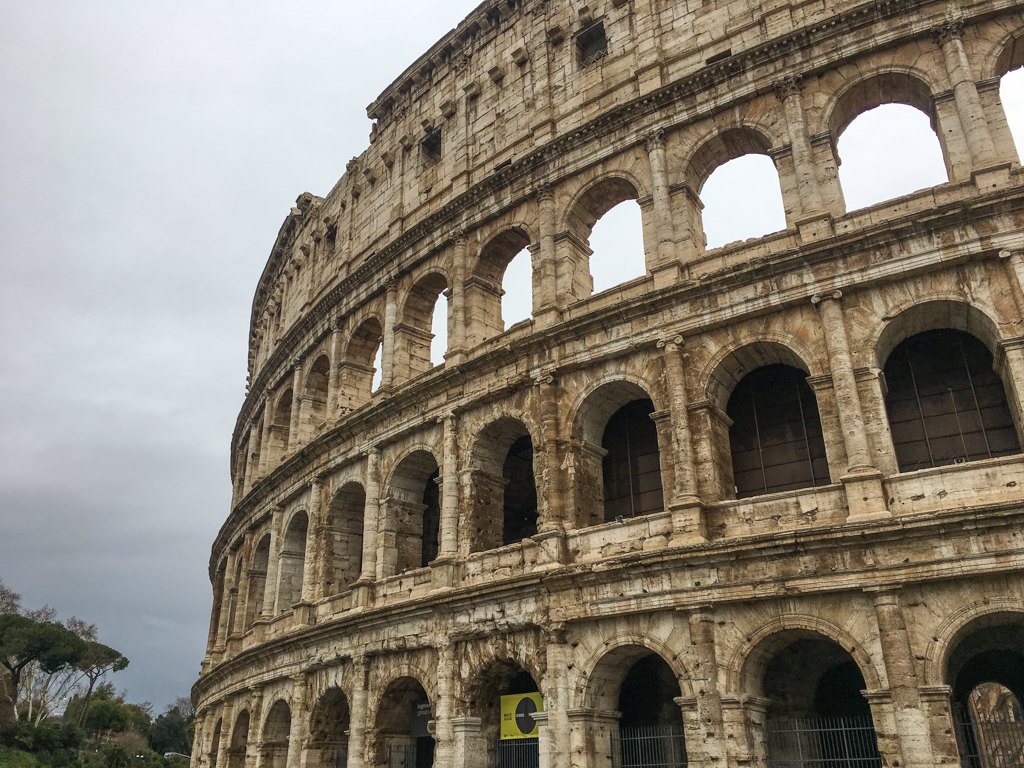 The Colosseum is truly a world wonder and seeing it in person is an experience to say the least. Not only was it the largest amphitheater ever built in history, but it is an icon of Imperial Rome. Much of it is still intact so you can really imagine the gladiators battling to the death. The Colosseum hosted thousands of battles, including some really odd ones. Interestingly enough, the Colosseum was often flooded in order to re-enact oceanic conflicts — can you imagine?! 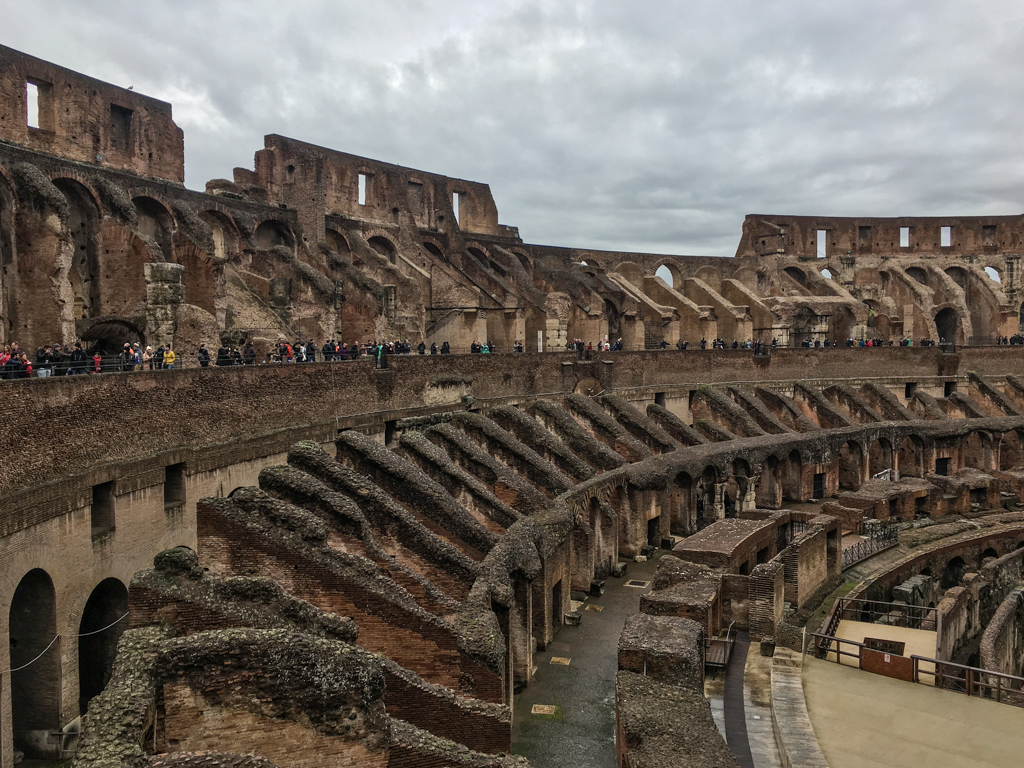 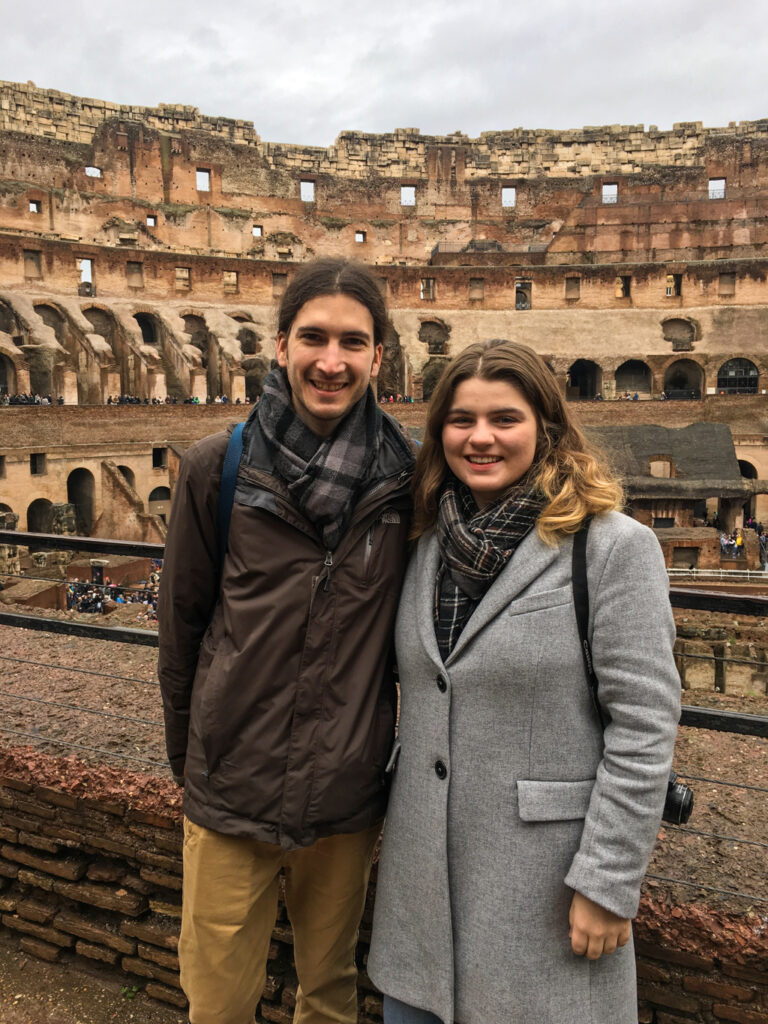 The stadium was divided into several layers. There were tiers of seating. Special boxes were provided at the north and south ends respectively for the Emperor and the Vestal Virgins, providing the best views of the arena. Flanking them at the same level was a broad platform for the senatorial class, who were allowed to bring their own chairs. The names of some 5th century senators can still be seen carved into the stonework, presumably reserving areas for their use.

There truly is so much to see at the Colosseum, so I recommend reserving quite a bit of time to see all the history.

We then ventured from one ancient Roman site to another. Our next destination was the Roman Forum, something not to be missed! The Roman Forum is the remains of the ancient center of Rome. You can spend hours wondering amongst the ruins. 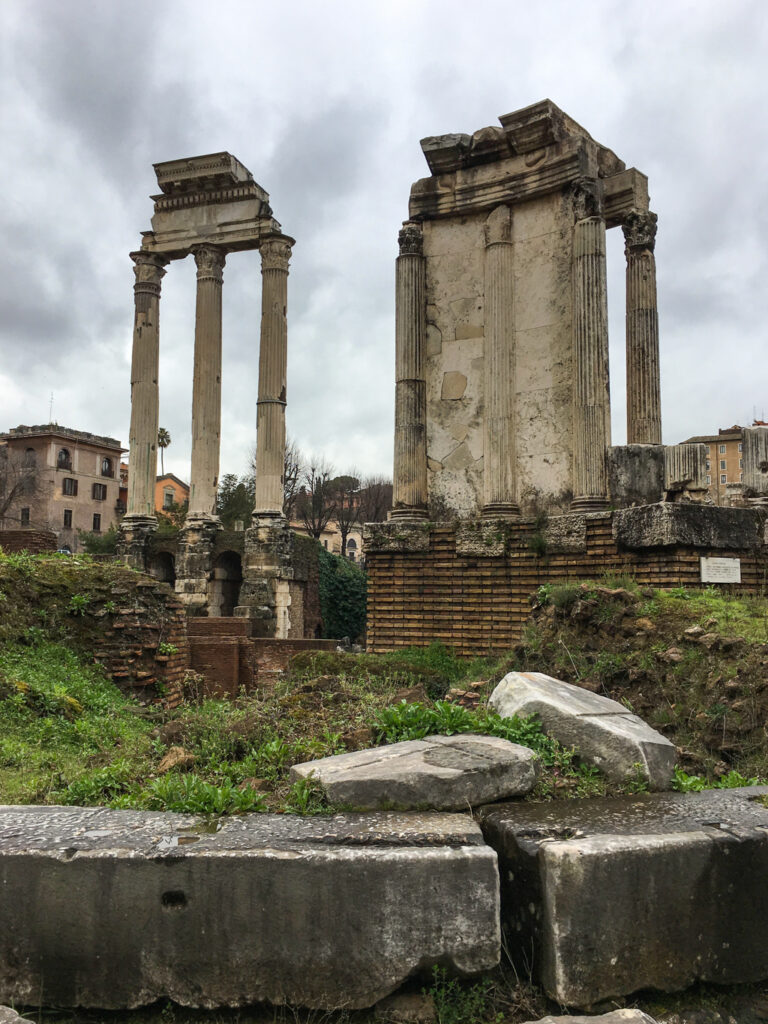 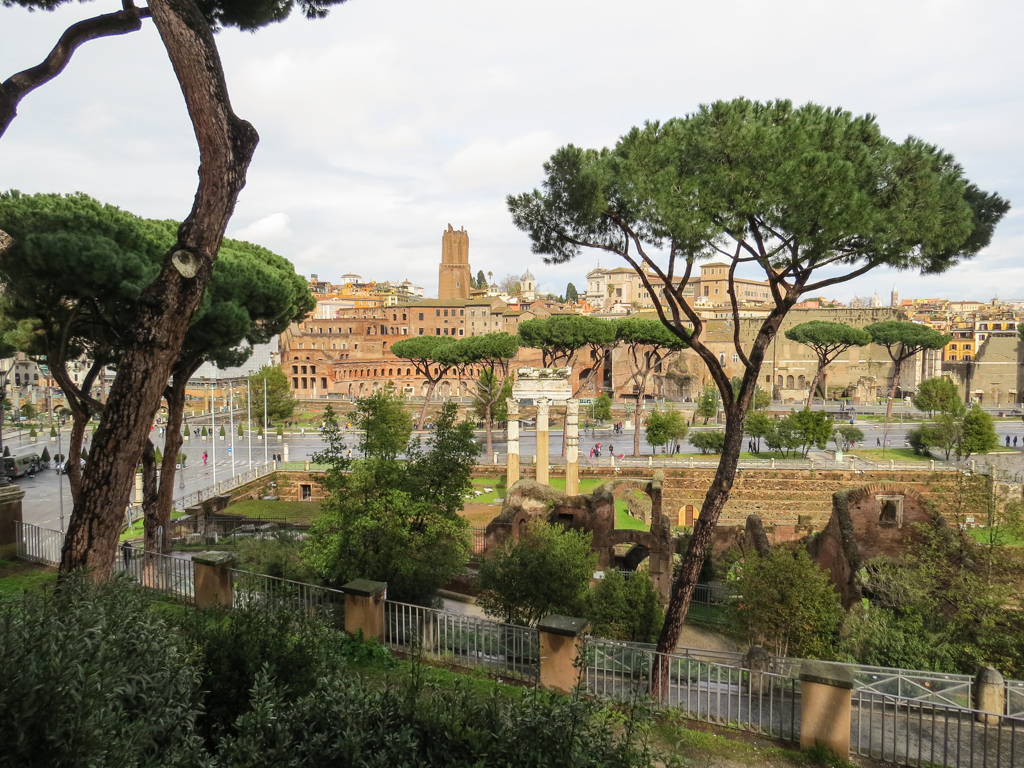 From the ground floor you can make your way upwards to Palatine Hill. One of the ‘seven hills of Rome’, Palatine Hill looks over the Roman Forum.

Have you heard of the Roman myth of how Rome was founded? According to legend, the city was founded by two demi-god brothers, Romulus and Remus, on 21 April 753 BCE. In an argument over who would rule the city Romulus killed Remus and named the city after himself. And, Palatine Hill was the location of the cave, known as the Lupercal, where Romulus and Remus were found by the she-wolf Lupa that kept them alive. 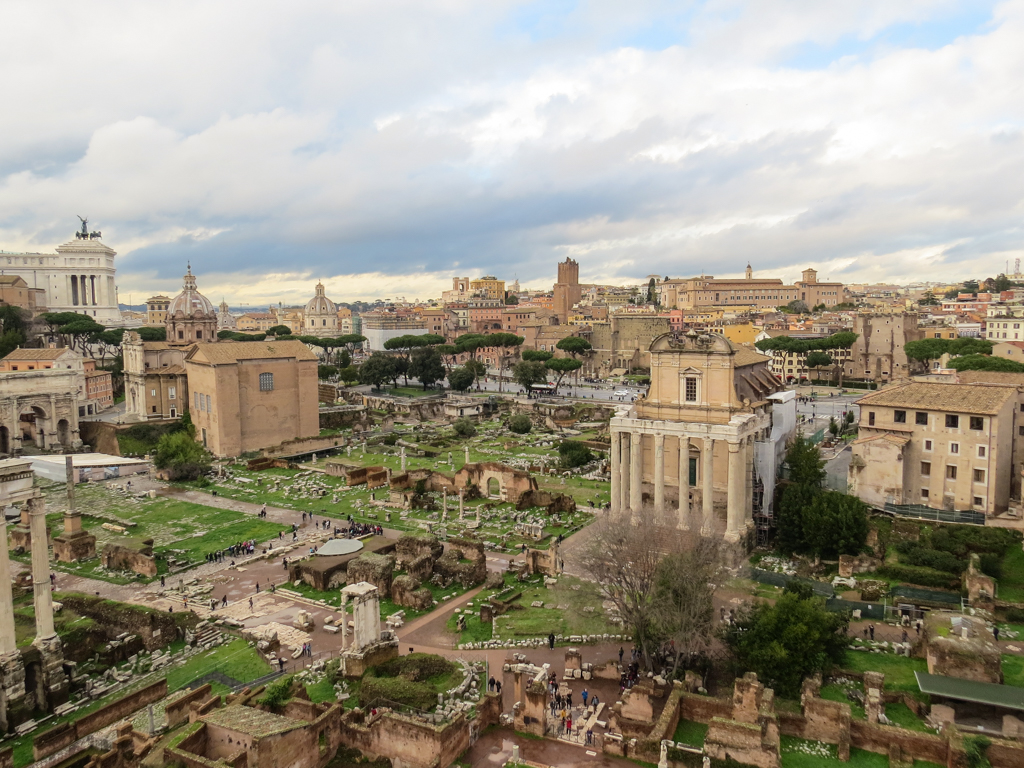 Another one of the seven hills of Rome is Capitoline Hill. It is the most important hill in all of Rome because it is the centre. On top of the hill is Piazza del Campidoglio, Rome’s first modern square. And remember that Roman myth I just mentioned? Well, in front of the Capitoline Museums is a statue depicting that very legend. 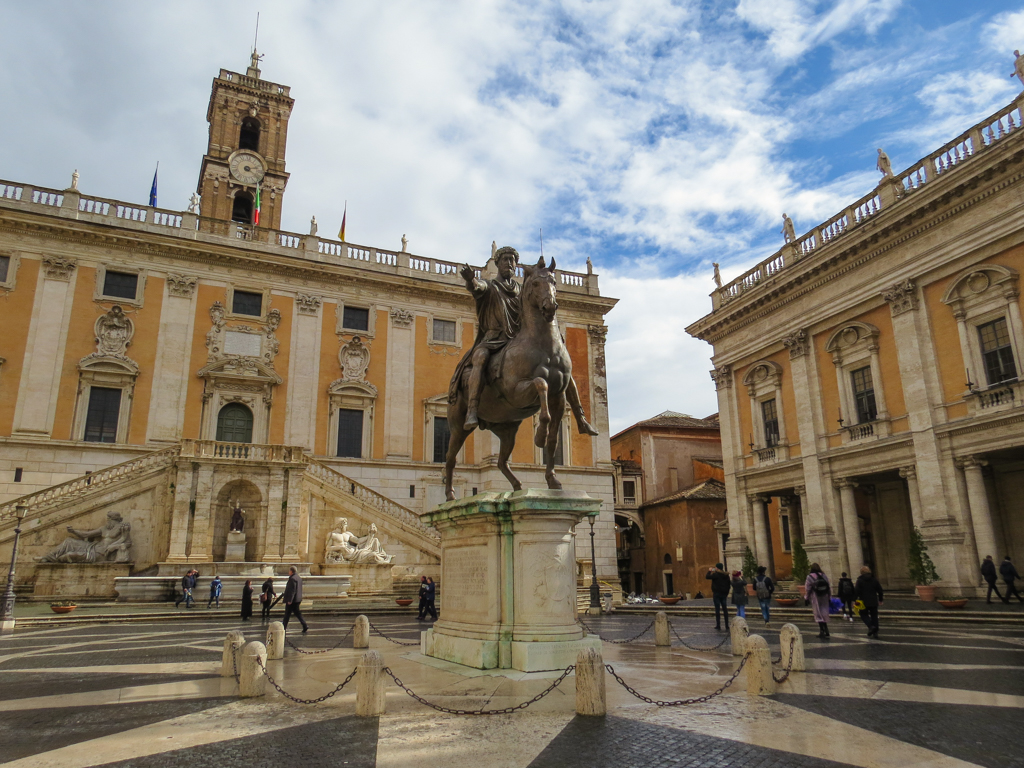 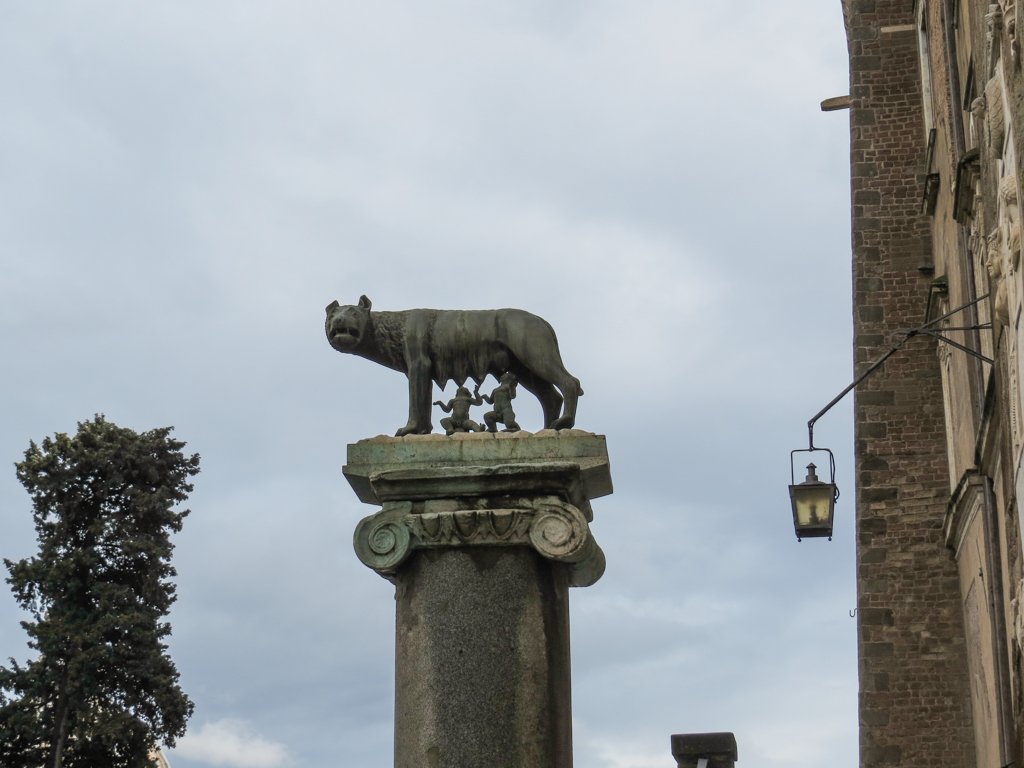 Another wonderful square is Piazza Venezia. It is mostly where several major roads intersect. In fact, it may seem like you can’t even reach the square because it is in the middle of a sort of roundabout. But, yes! You can go and see its magnificence up close. You may find that you pass by Piazza Venezia quite often as it’s in the centre.

After wandering around both these squares, our tummies started to rumble. Luckily, I had already planned out all our meals for our trip — oops. One of the things you *have* to try is supplí, a Roman snack that goes back to ancient times. The typical type is a ball of rice, usually risotto, with tomato sauce. But, Supplizio also offers some other fun, delicious flavours beyond the traditional types. I highly recommend the cacio e pepe version! 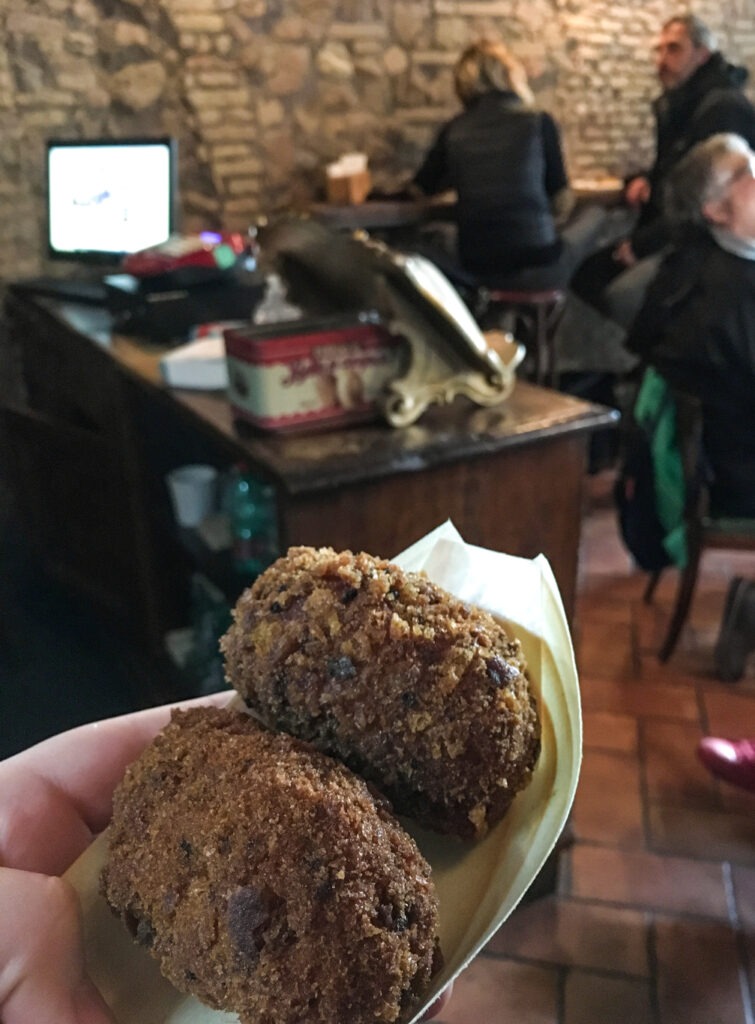 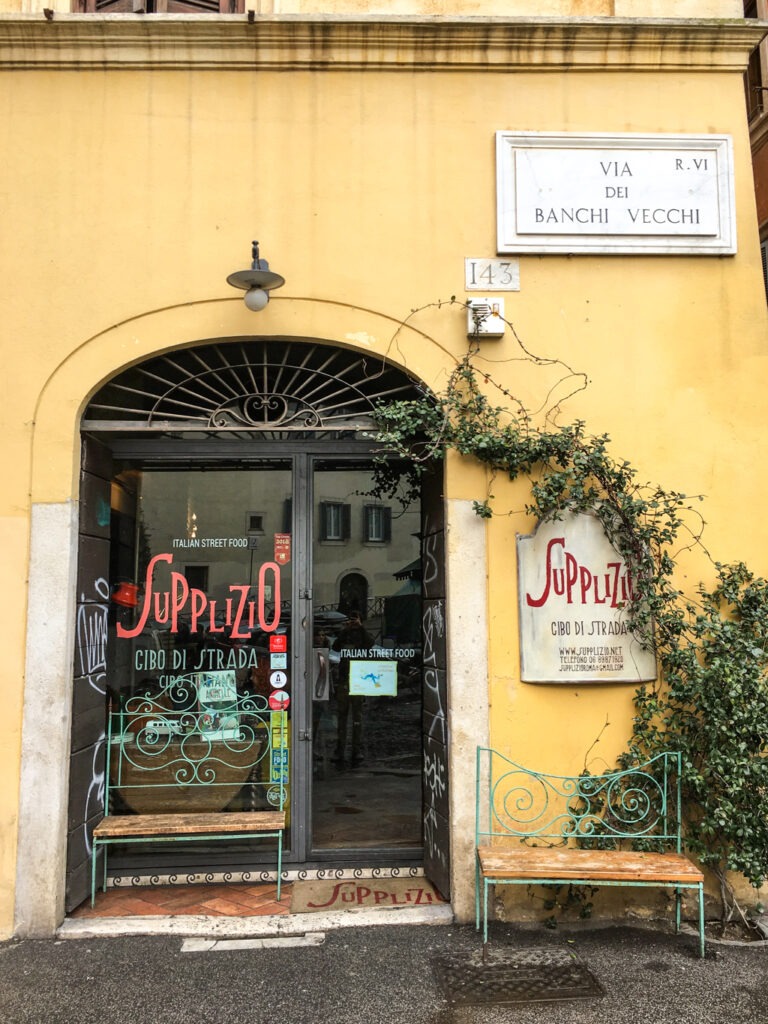 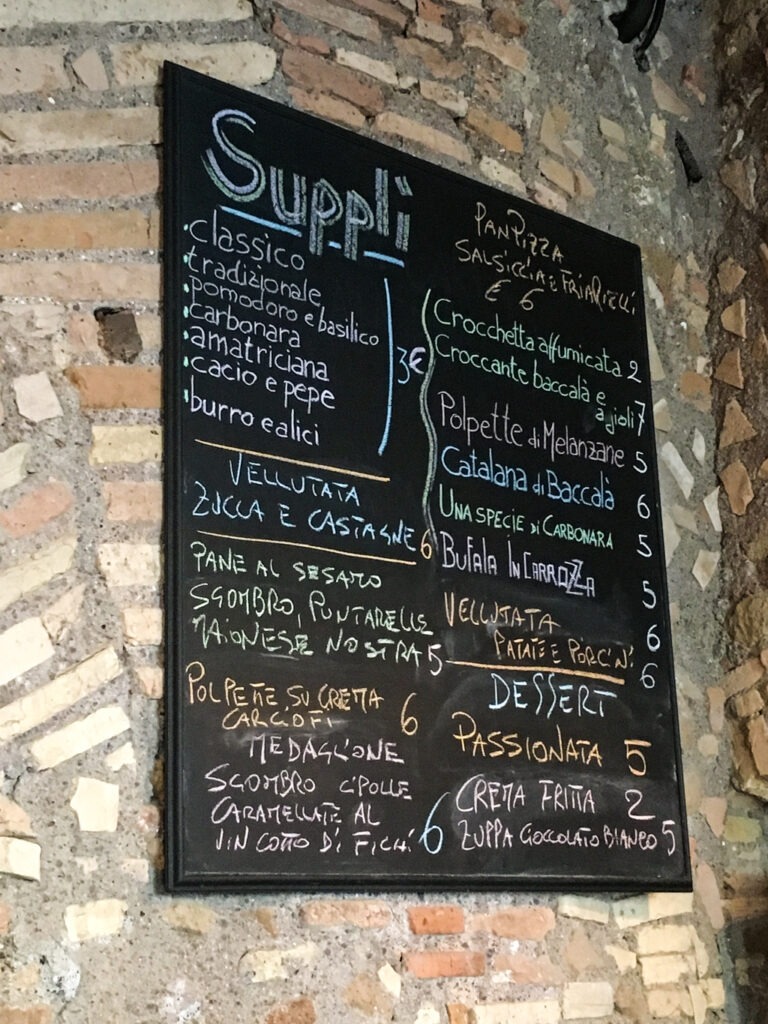 And, one last square of the day: Piazza Navona! This square has some excellent examples of Baroque Roman architecture and art. In the center of Piazza Navona stands the famous Fontana dei Quattro Fiumi (Fountain of the Four Rivers) by Gian Lorenzo Bernini. The fountain also has obelisk in the middle. 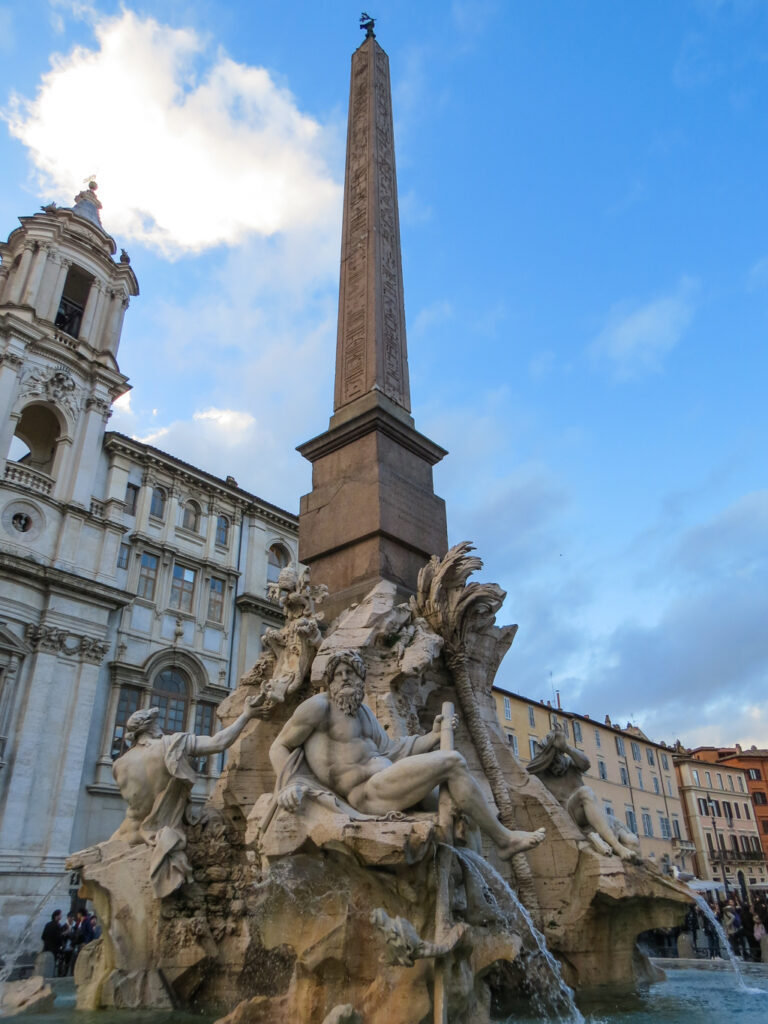 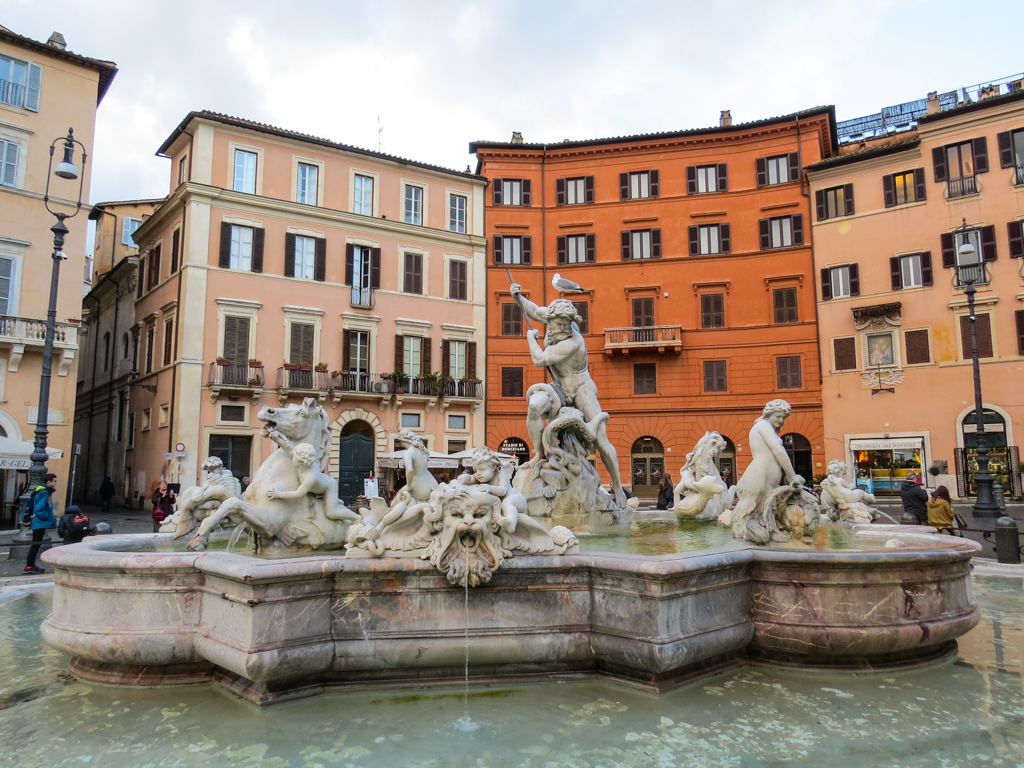 Our last attraction of the day was the famous Pantheon! It is quite the site, and the most impressive thing is the enormous dome. 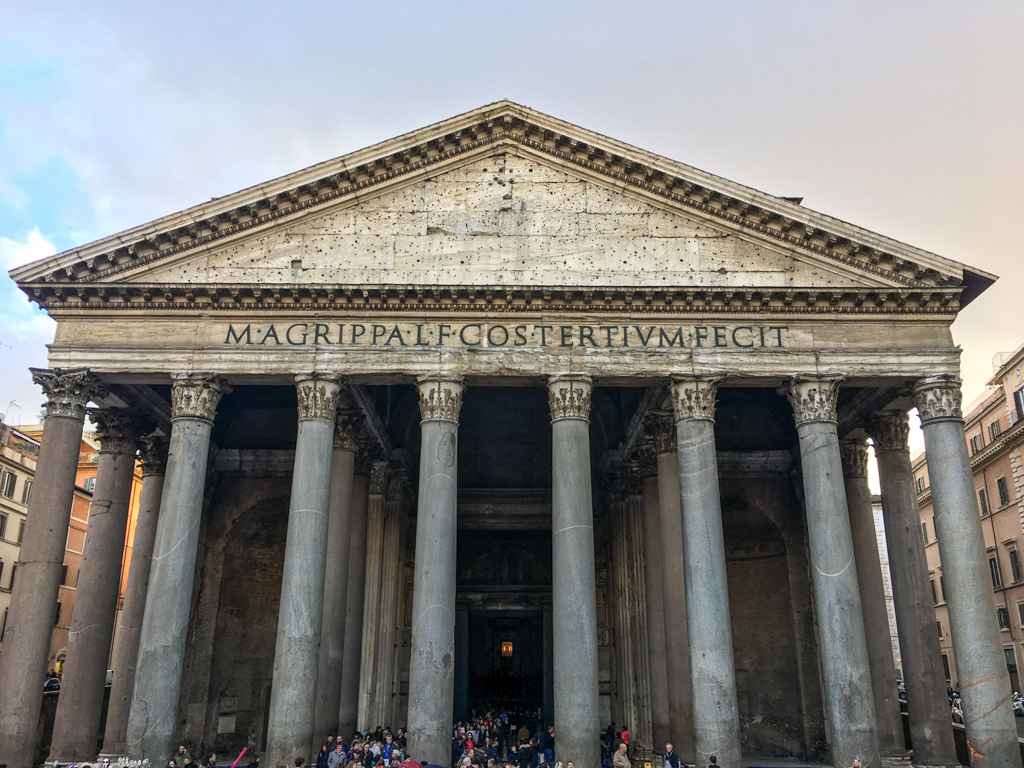 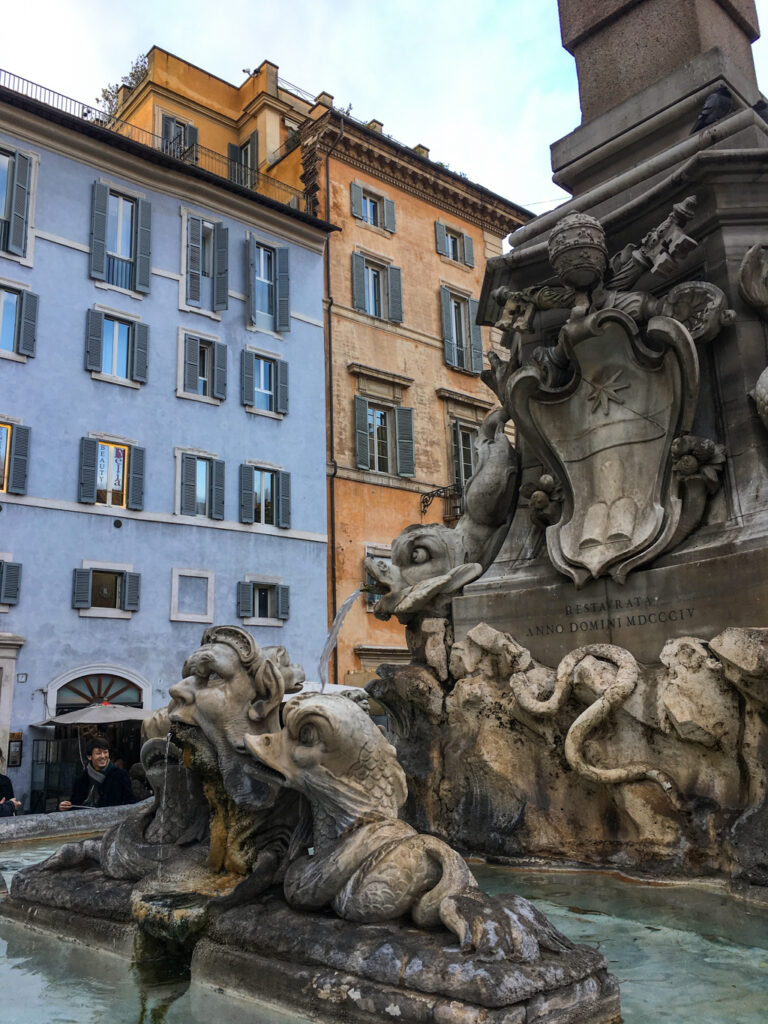 For dinner we decided to change it up a bit and not specifically look for cacio e pepe or carbonara. Instead, we enjoyed other Roman classics at Hostaria Constanza, a restaurant within ancient theater remains. They specialise in fish and all sorts of seafood! 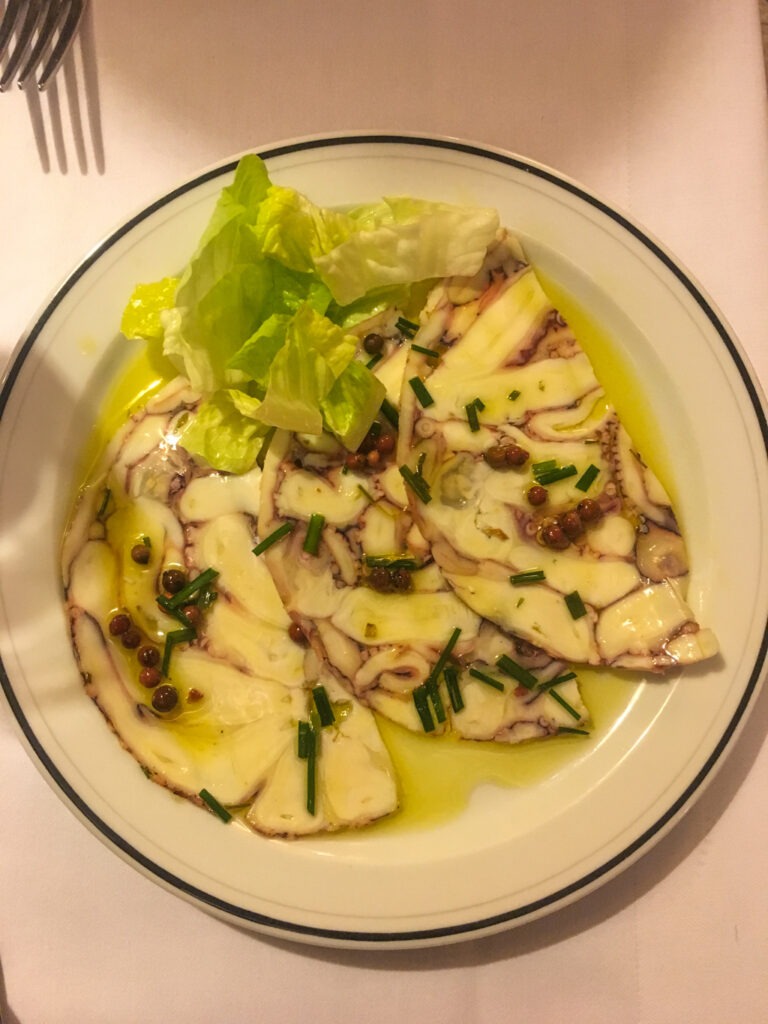 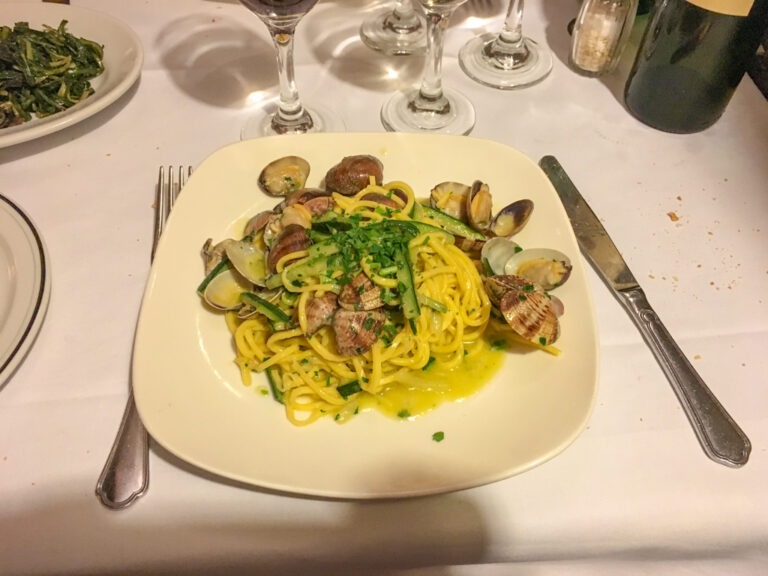 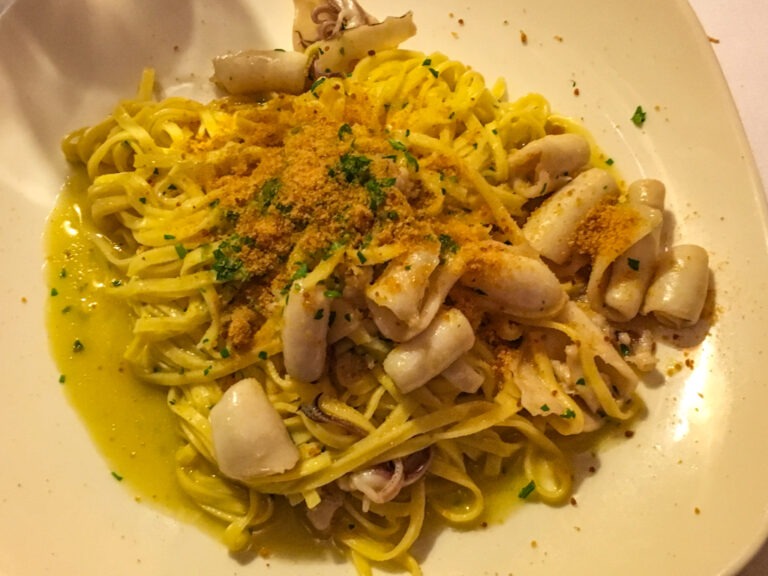 And just like that, another day in Rome comes to a close. I endured a wonderful day full of history, architecture, art, and food. Is there really a better way to experience this beautiful city?

Do you think you could manage seeing all these ancient sites in one day? 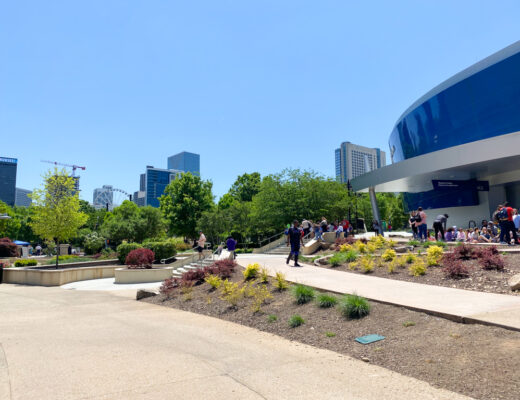 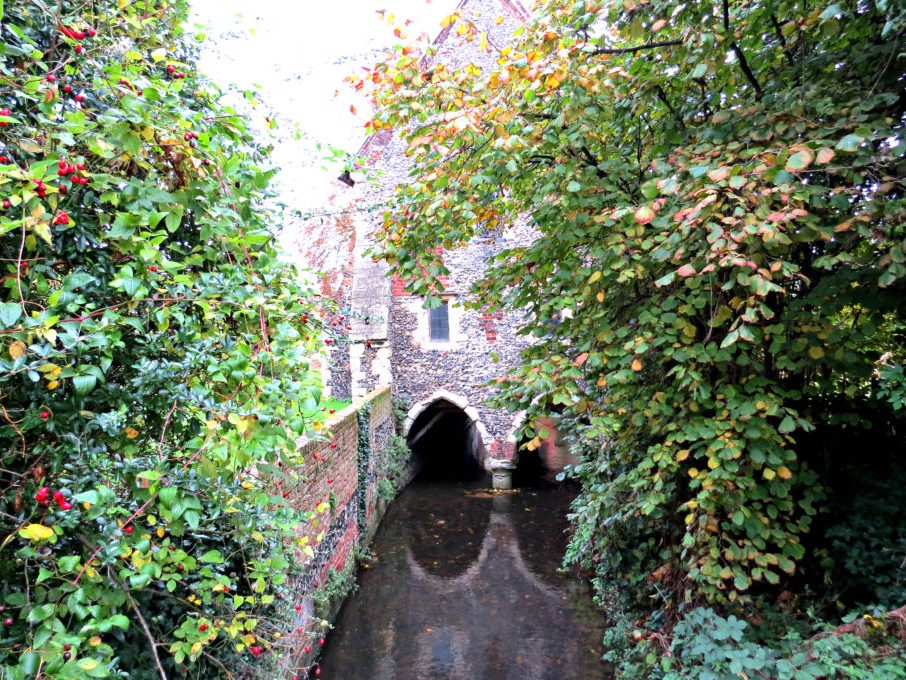 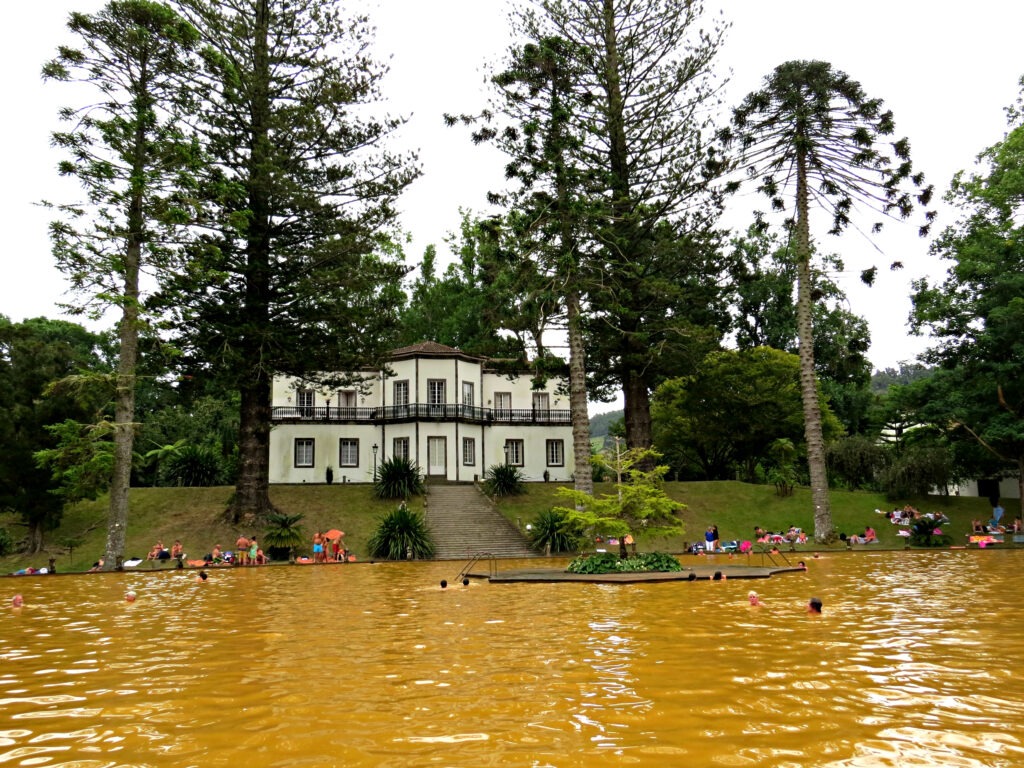