This two part mini-series documents my first couple days in Cairo, Egypt, the first part of my epic trip to Egypt in October 2017. Check out Part I on the Alabaster Mosque and the Great Pyramids here.

Did I forget to mention that our Cairo hotel had the most amazing spread for breakfast? Well, our mornings in Cairo were spectacular due to the incredible staff and the wide range of choices for breakfast. Our second day in Cairo was a bit more unusual because we were mostly alone with our tour guide. We had requested special trips, whereas I guess other people in the group decided to do other things or perhaps take on the city alone.

The Road to Memphis

We requested an optional tour to Memphis, another ancient site in Egypt. It is about 30km south of Cairo and is famous because the first pyramids, in the form of step-pyramids, were built in Saqqara (the burial site of Memphis).

The road out of Cairo and to Memphis was incredibly shocking. The streets became rugged very quickly and the houses became derelict just as quickly. More and more children appeared on the street. As the city of Cairo vanished behind us, everyone had their eyes on us in our shuttle van. Mahima, our guide, explained that Egypt has three major problems: health, education, and poverty. I could not think of another more fundamental issue for a country. These are the very things that keep a country going, a people going. It was heartbreaking to see the vegetable and fruit sellers barely able to keep up the repairs of their wagons. 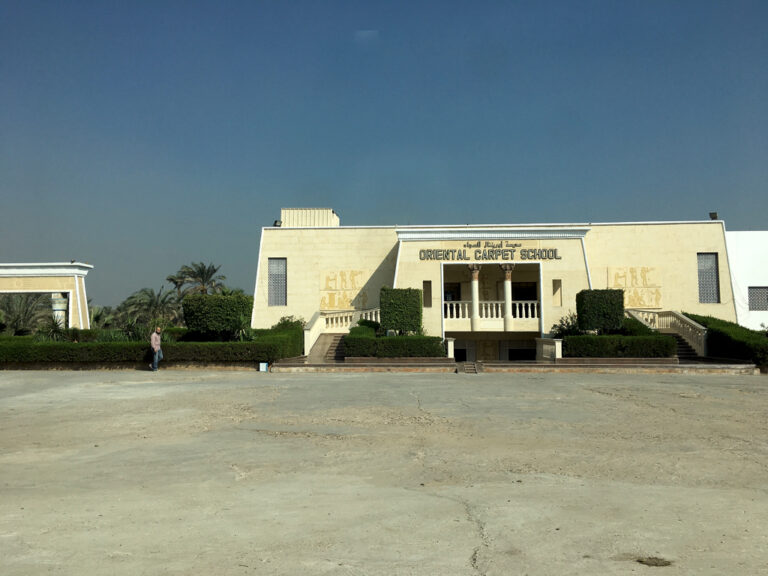 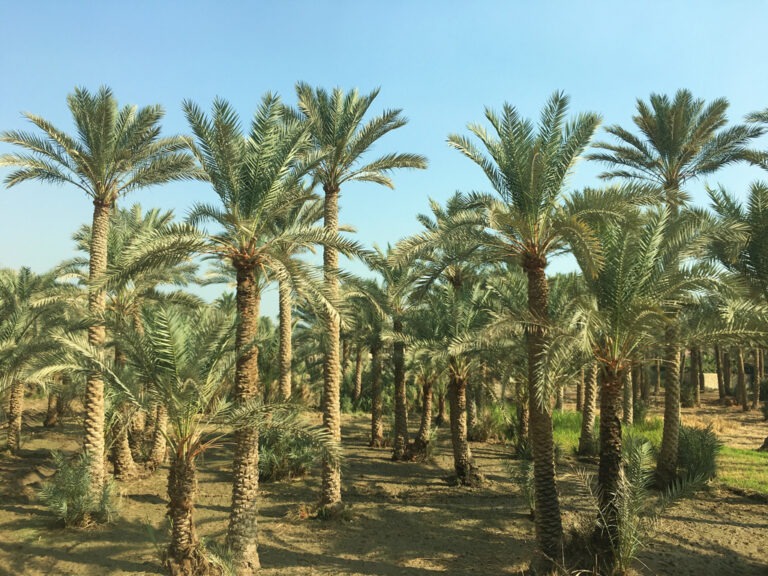 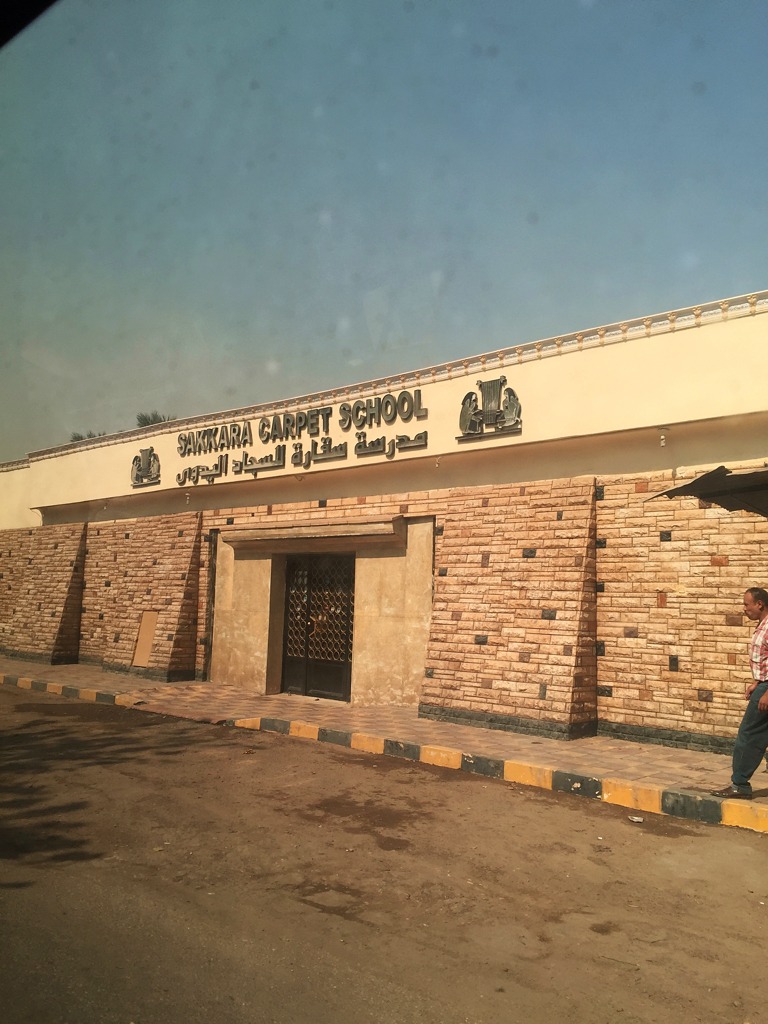 We turned off the main road onto a side road which led to Memphis. On the way there were several Carpet Schools. As Mahima explained, these schools are for children to learn to make carpets. This is not an extracurricular activity. It is labour. Child labour. Mahima said many children drop out of school because their families need money and so send their young ones away. I interned at the International Labour Affairs Bureau the summer after I graduated. There I learned about workers rights and all manor of abuses across the world. The bureau’s job is to monitor countries to make sure they are complying with international standards of workers rights (as outlined by the International Labor Organization, a United Nations body). There are 5 fundamental rights: freedom of association and the effective recognition of the right to collective bargaining, the elimination of forced or compulsory labour, the abolition of child labour and the elimination of discrimination in respect of employment and occupation. From what Mahima told us, all of these rights are severely violated in Egypt. Forced child labour is one of the worst forms of abuse. Child soldiers fall into this category, as do child tobacco workers and child factory workers. It is simply unsafe for children to work under these conditions.

So yes, we were about to delve into Ancient Egypt, but we were not getting there without going through modern Egypt.

The Ancient Capital of Memphis

Before reaching Saqqara, we explored an open-air museum on the site of Memphis. The city was the capital of the Old Kingdom, therefore the history of Memphis is a reflection of the history of the country. The only building around contained a giant statue of Ramesses II made out of limestone, laid down on its back. It is about 33 meters long! It was amazing to see the sculpture up close. We then went back outside to visit the various monuments scattered about on the site. 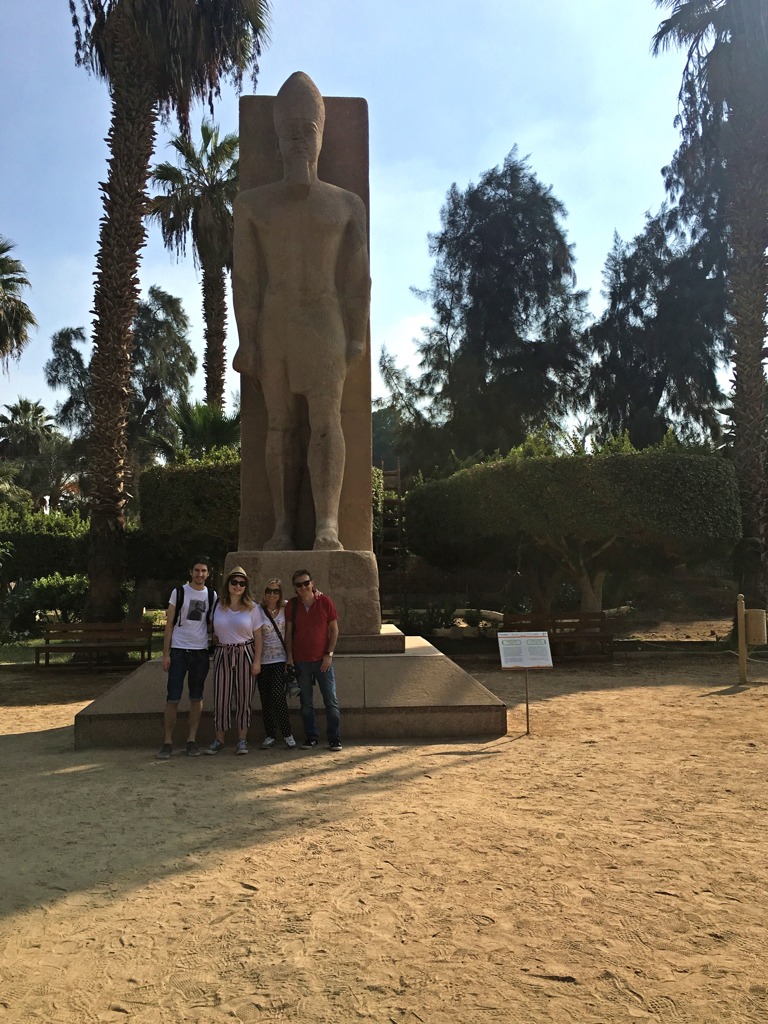 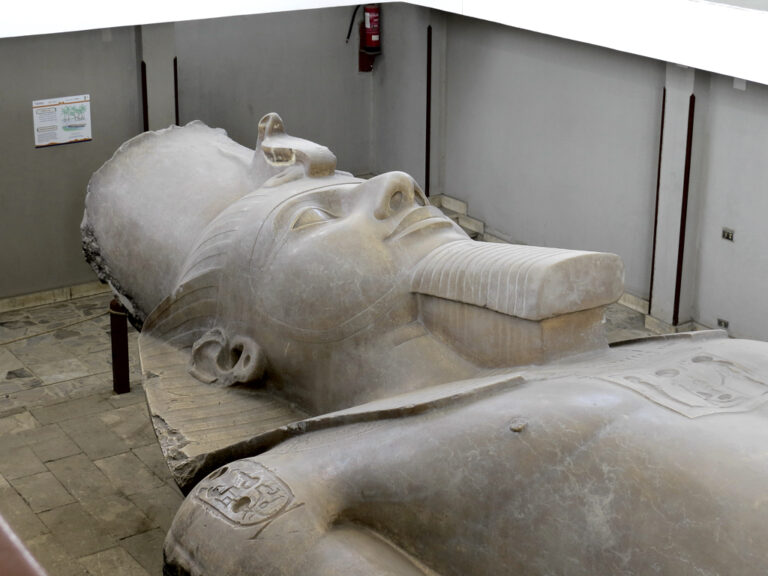 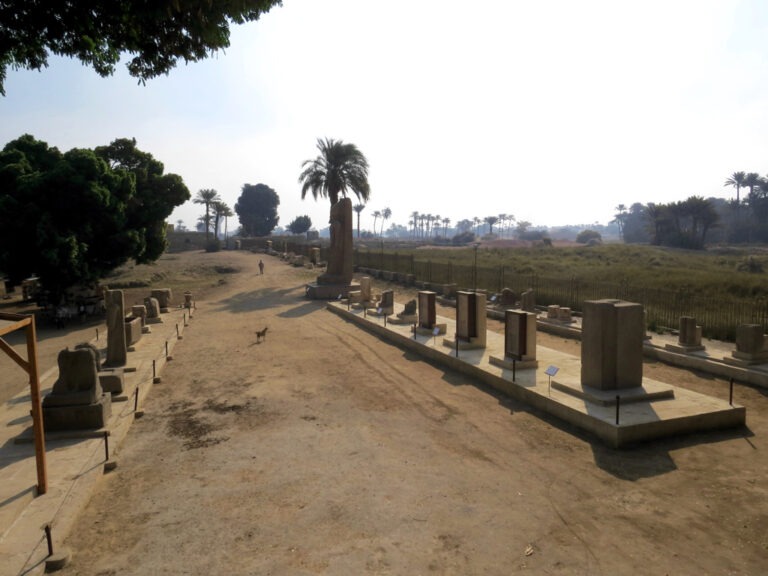 Though many Egyptologists believe in the importance of Memphis, there actually is not a whole lot left of the city. There are some great sculptures, however, like the alabaster sphinx and granite Ramesses II. 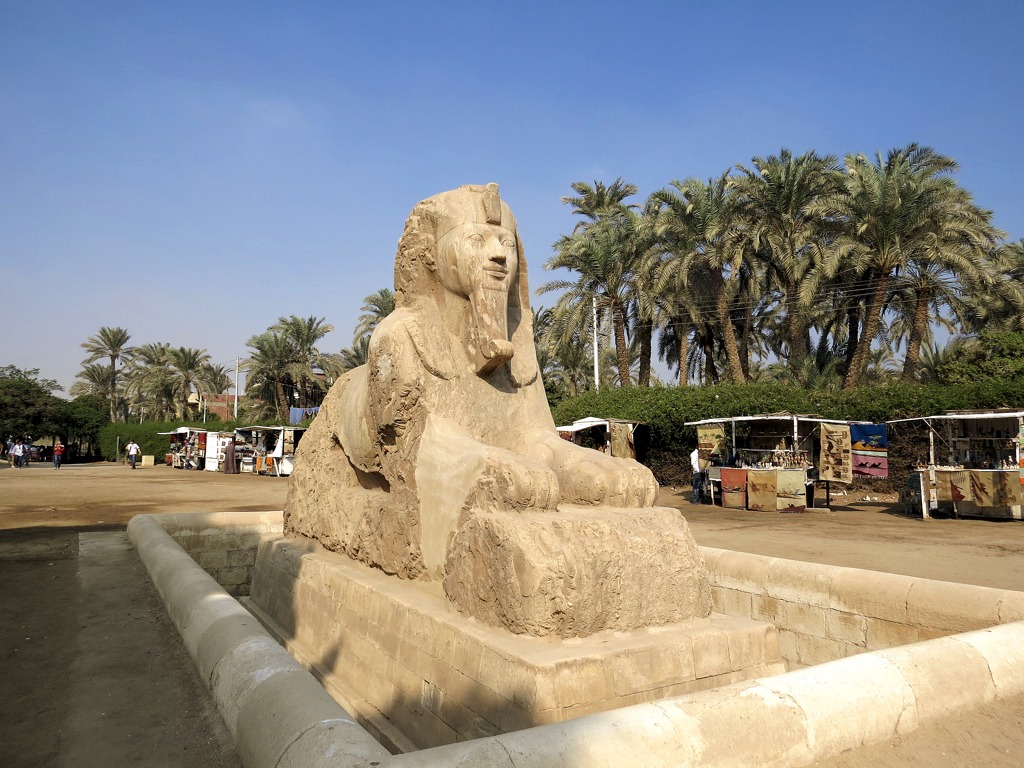 We then drove across the road to Saqqara, the ancient burial site of Memphis. 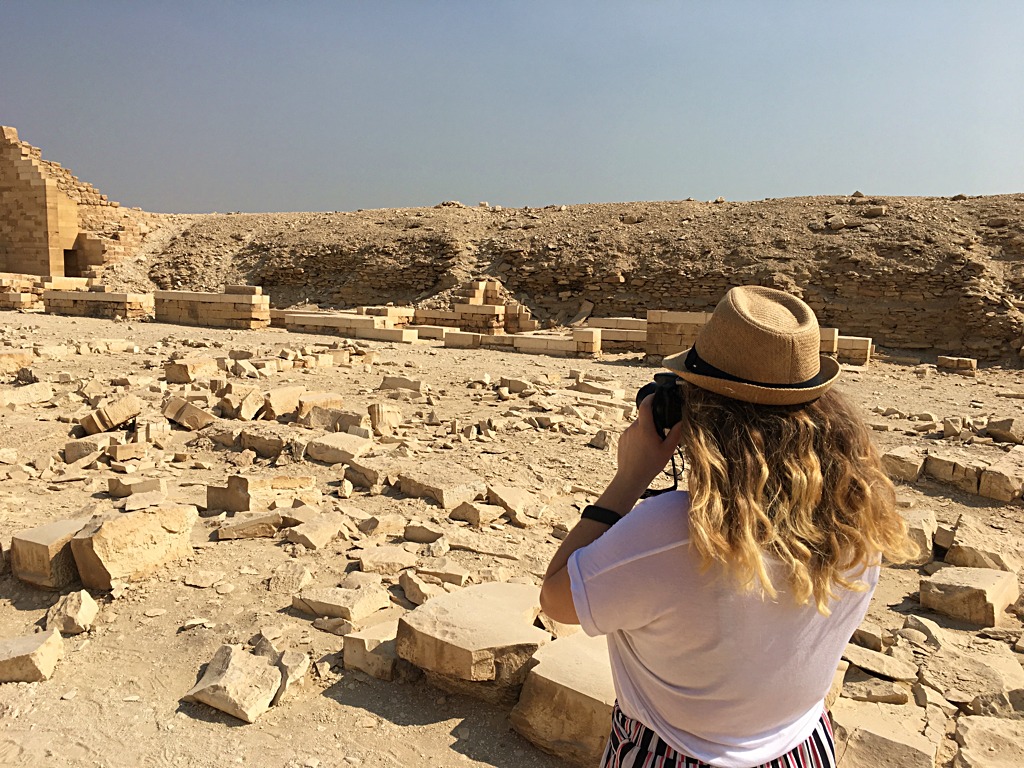 The most iconic and famous site in Saqqara is the Pyramid of Djoser. It is also the central feature of the necropolis. More importantly, it is the earliest example we have of an ancient Egyptian pyramid. This first Egyptian pyramid consisted of six mastabas (of decreasing size) built atop one another in what were clearly revisions and developments of the original plan. 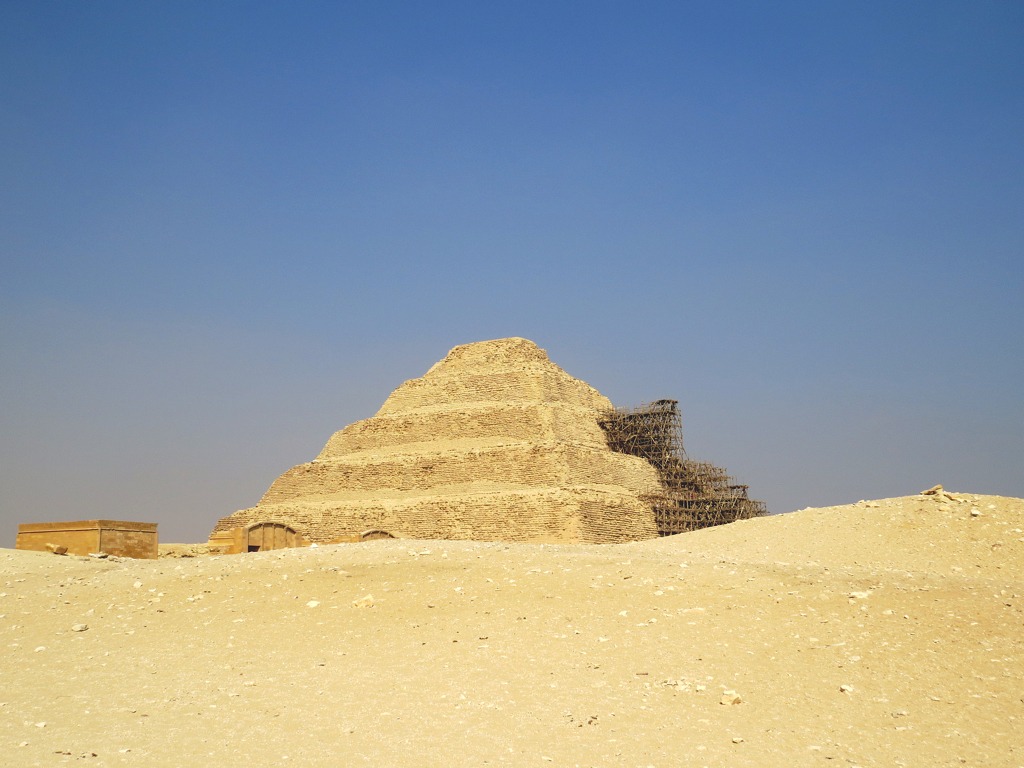 Southwest of the Step Pyramid is the Pyramid of Unas or Onnos, last King of the Fifth Dynasty (pictured below). Though it may not look like a structure, you can actually go inside! The walls of the central chamber and the tomb chamber are covered with inscriptions, which are the oldest known Egyptian religious texts. 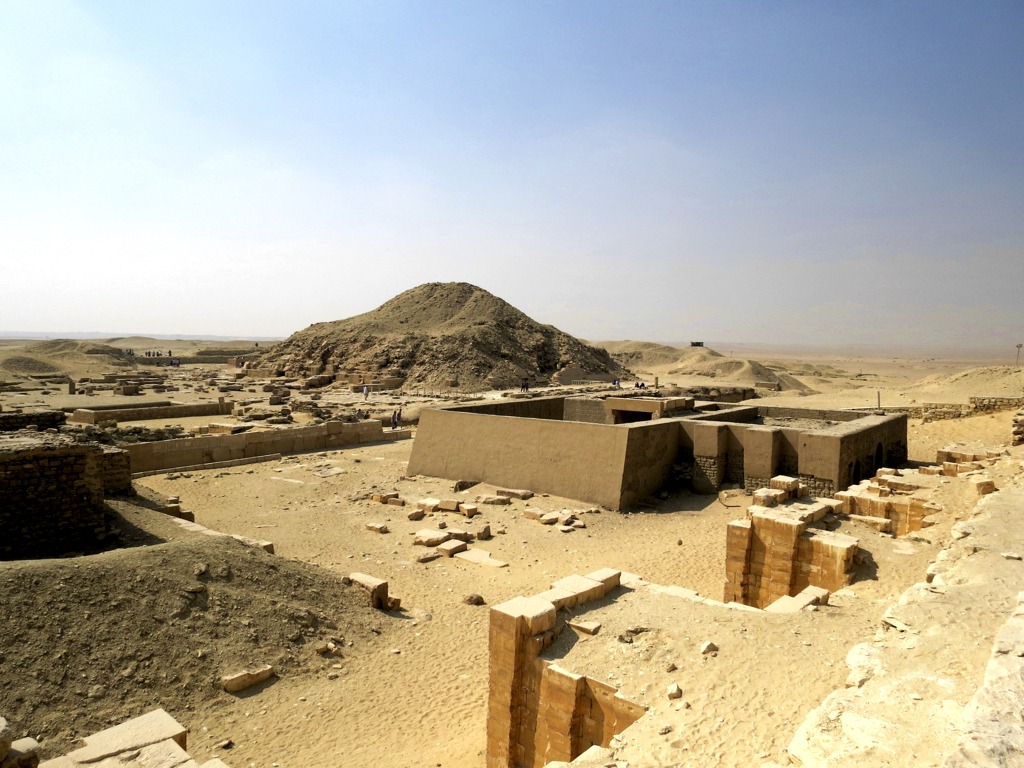 Saqqara is a bit chaotic, but walking around you will find numerous tombs. Most of the tombs are of wives of the Pharaohs, priests, and royal confidants. 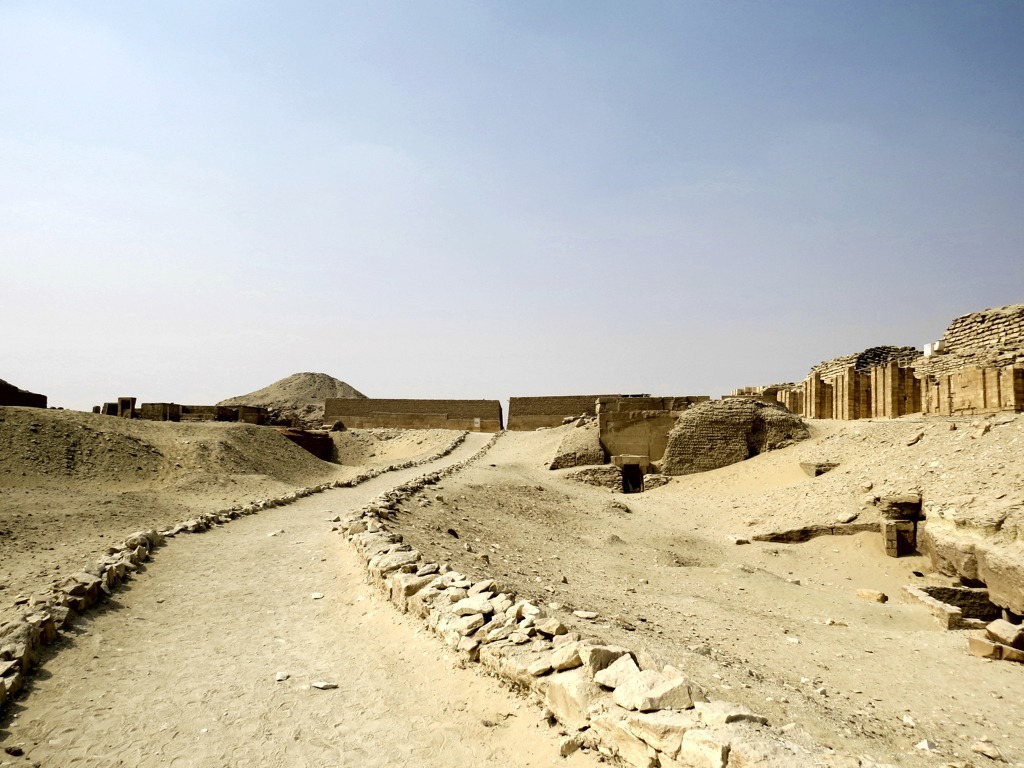 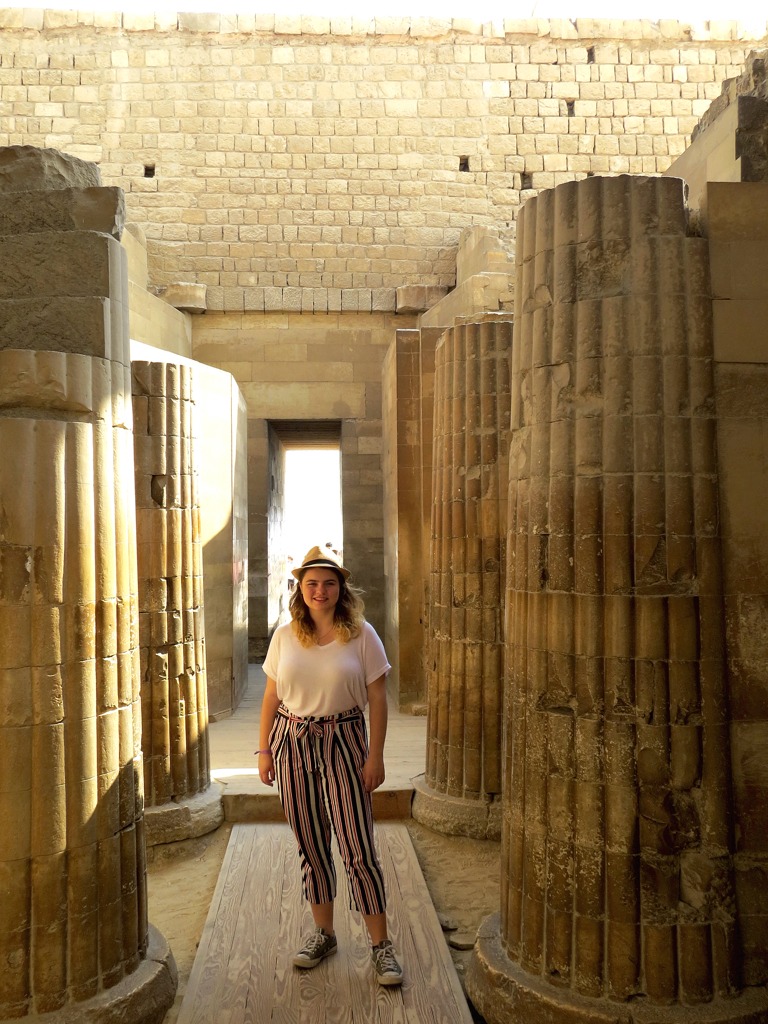 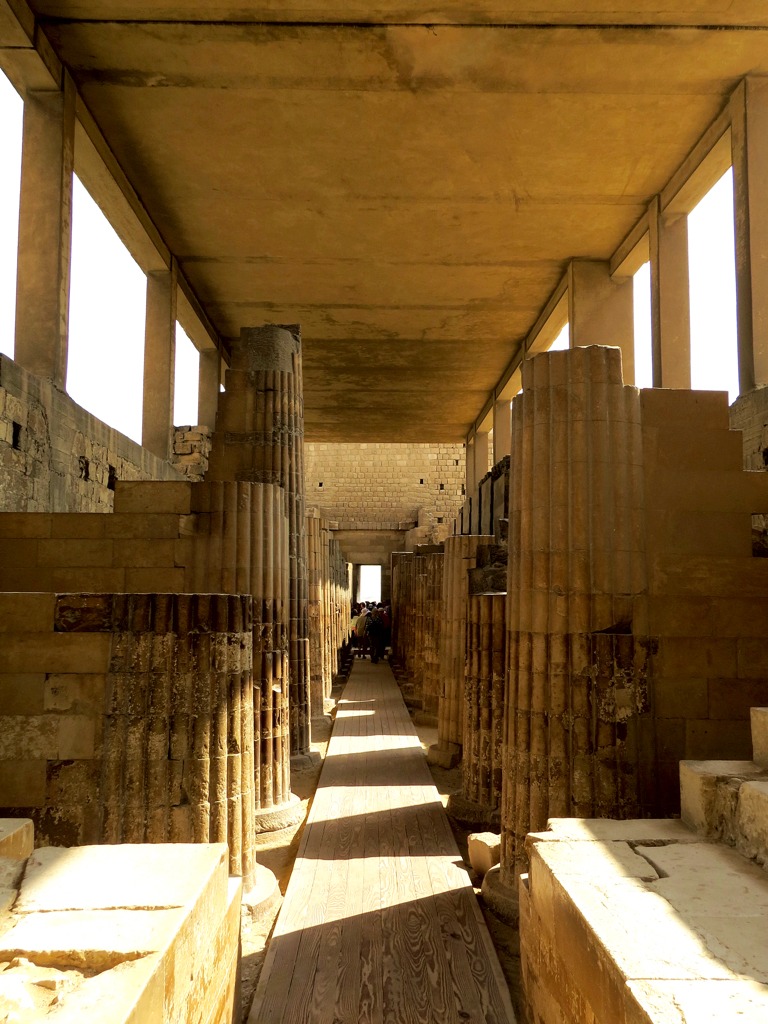 The Museum of Egyptian Antiquities

So in my first post on Cairo, I was not completely honest. Our first day was not that simple—we also visited the Egyptian Museum in Cairo. BUT, here is the weird thing. The tour of the museum on the first day was extremely rushed—we were only there for a couple hours. We were in a medium-sized group and the museum was so packed. There were school kids from all over visiting the museum that day. This museum houses some of the greatest treasures in human history, so Victor and his family, as well as I, were not satisfied. We requested a second visit to the museum, this time with a private tour. Lord and behold, there was barely anyone at the museum the second time around. This is why I didn’t want to talk about my first visit because the second visit was so much more enlightening. But I will warn you, it can all become very overwhelming! 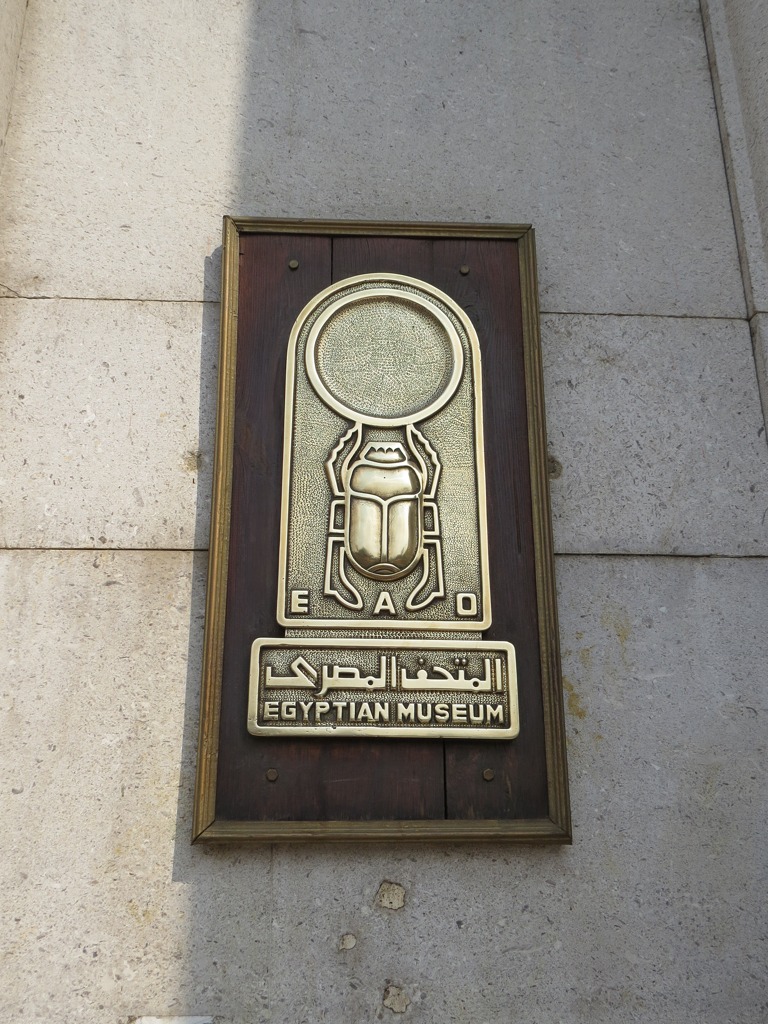 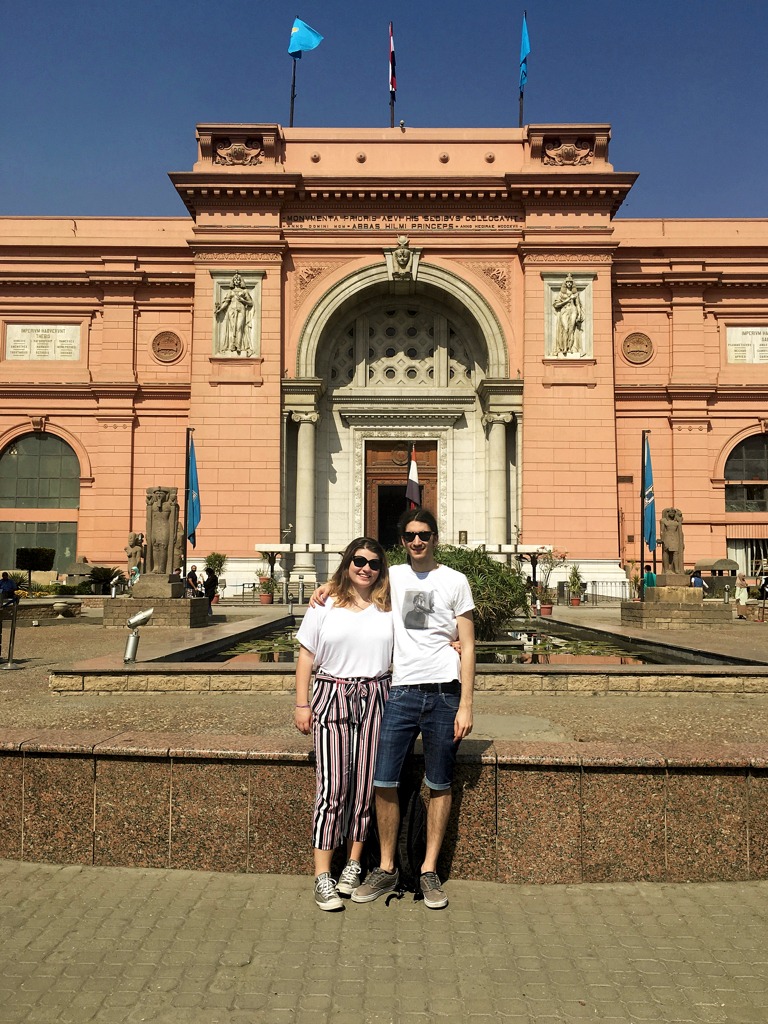 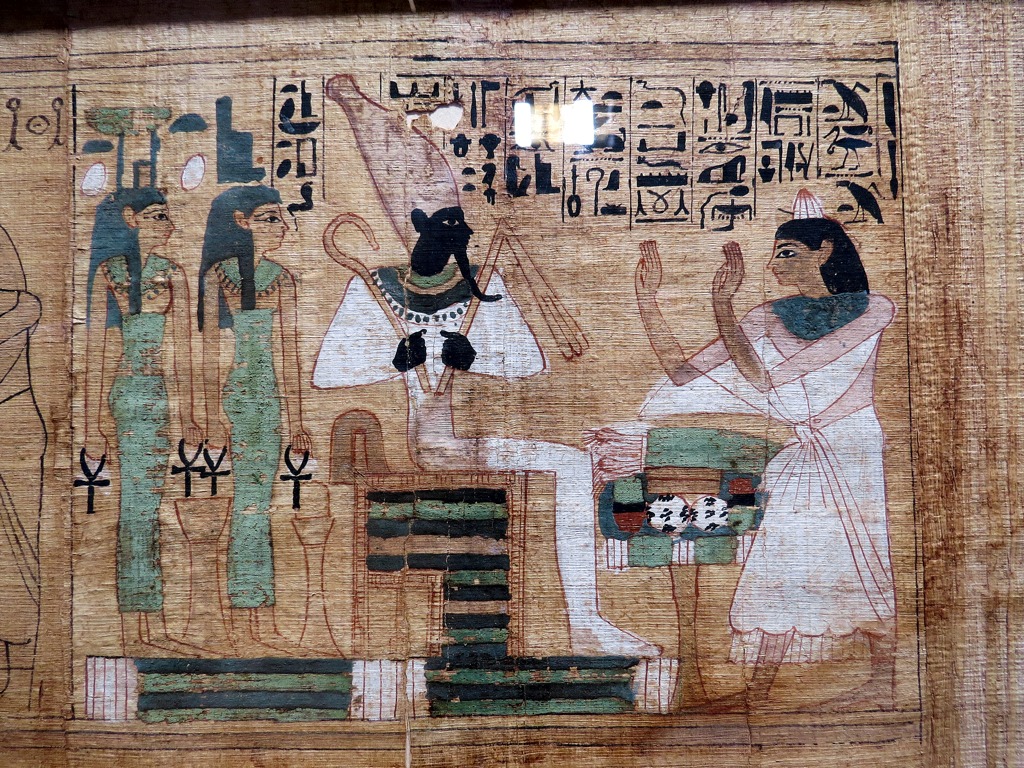 For my friends who wish take photos inside the museum, you must purchase a ‘camera pass’ before entering the museum. Our tour guide took us to a kiosk that is inside the museum but the window faces the outside. The pass costs 50 LE (not even $3 USD) and allows you take photography throughout the museum, except in the King Tutankhamen room and the Mummy Rooms. Once inside, you will immediately be floored by all the epicness. I am so used to going into a museum where not everything is incredibly important or historic. Sometimes a museum has items just because they can. However, when it comes to the Egyptian Museum, literally everything is ancient. There are so many wonderful artefacts, but here were the highlights for me: 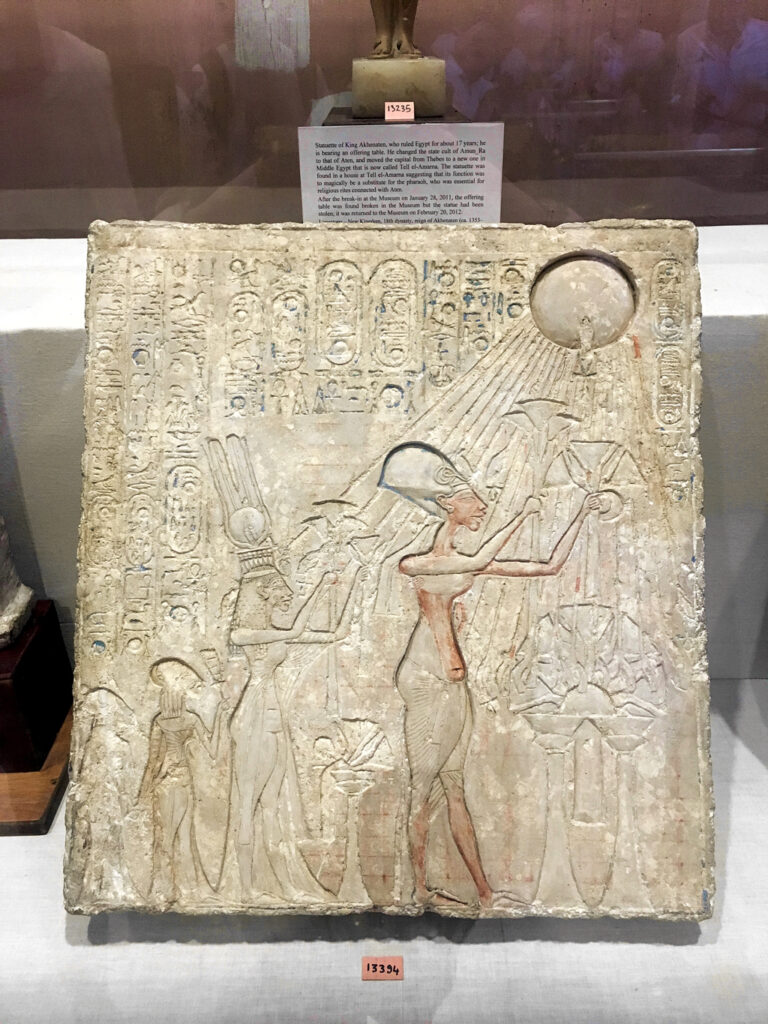 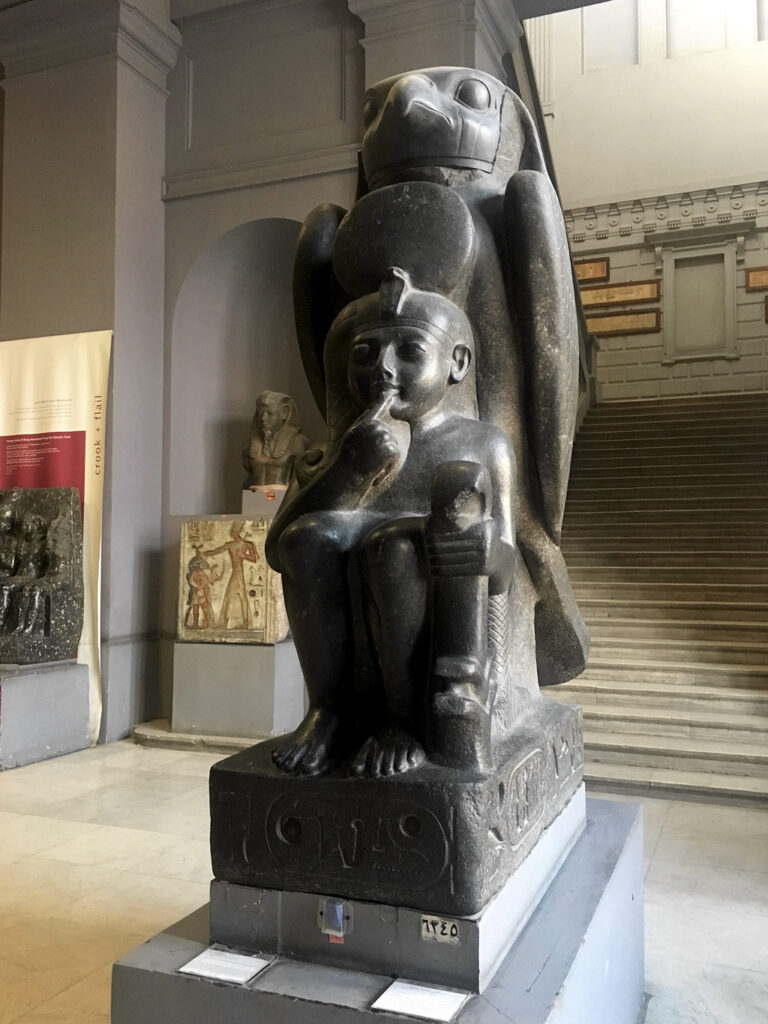 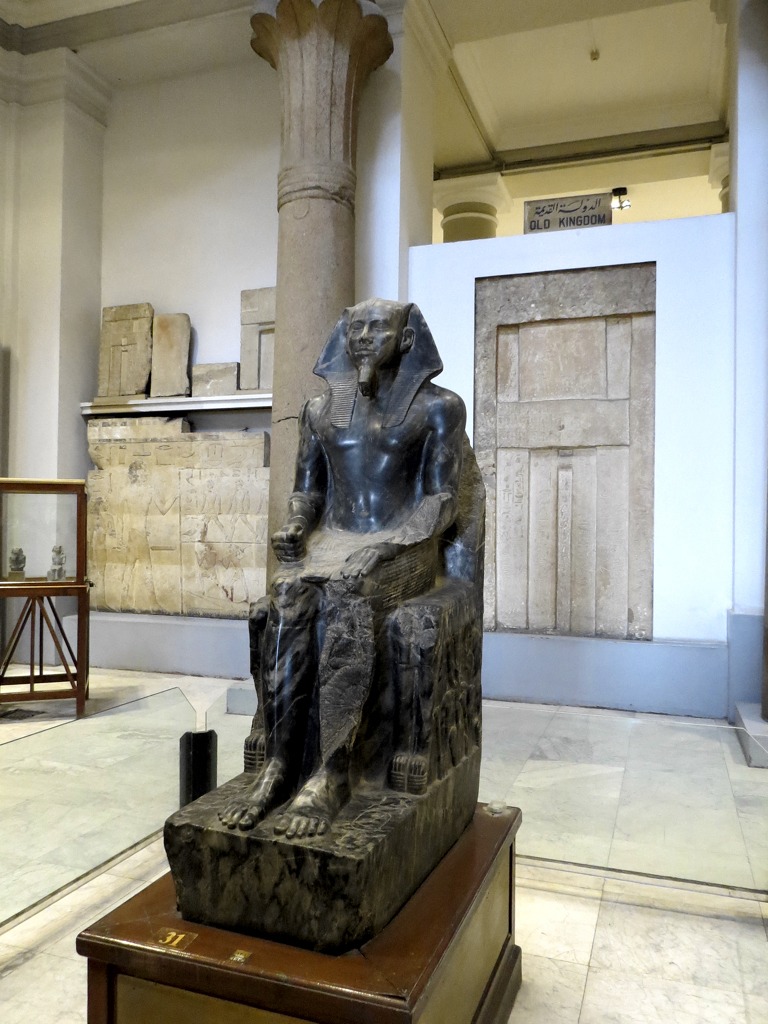 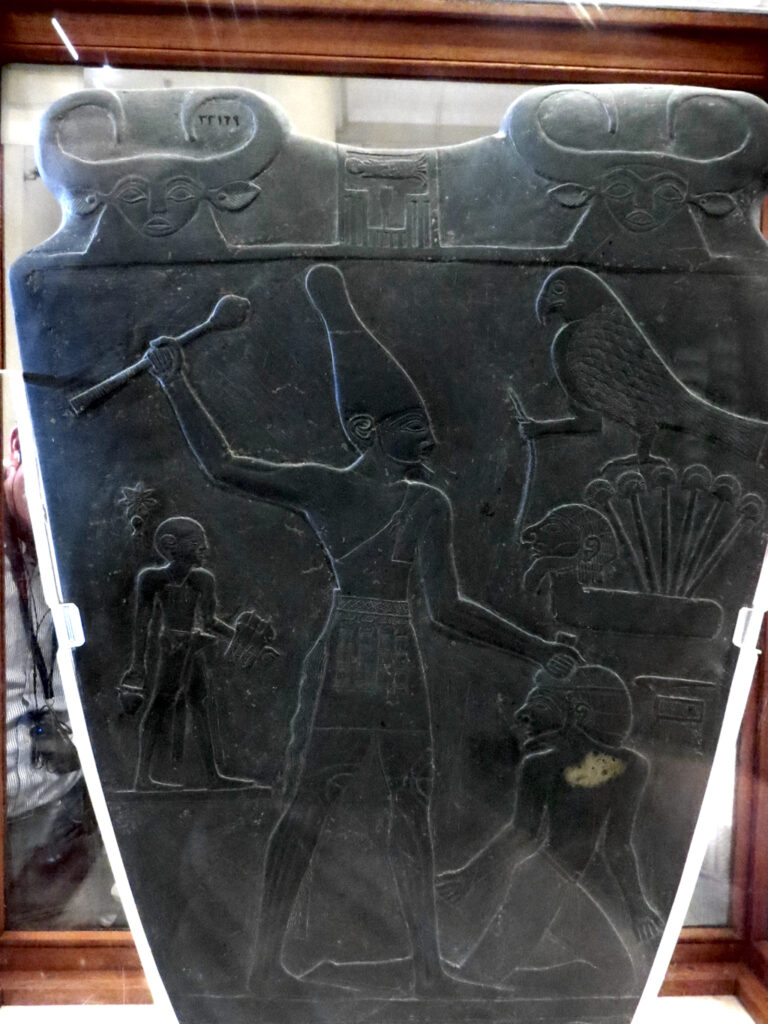 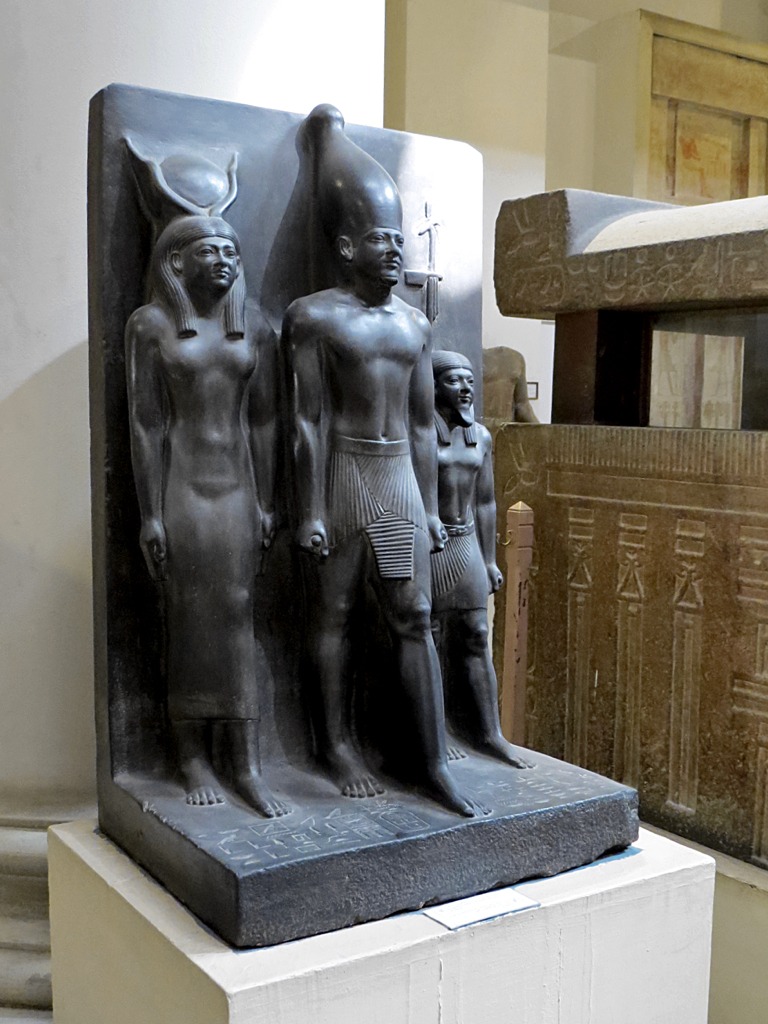 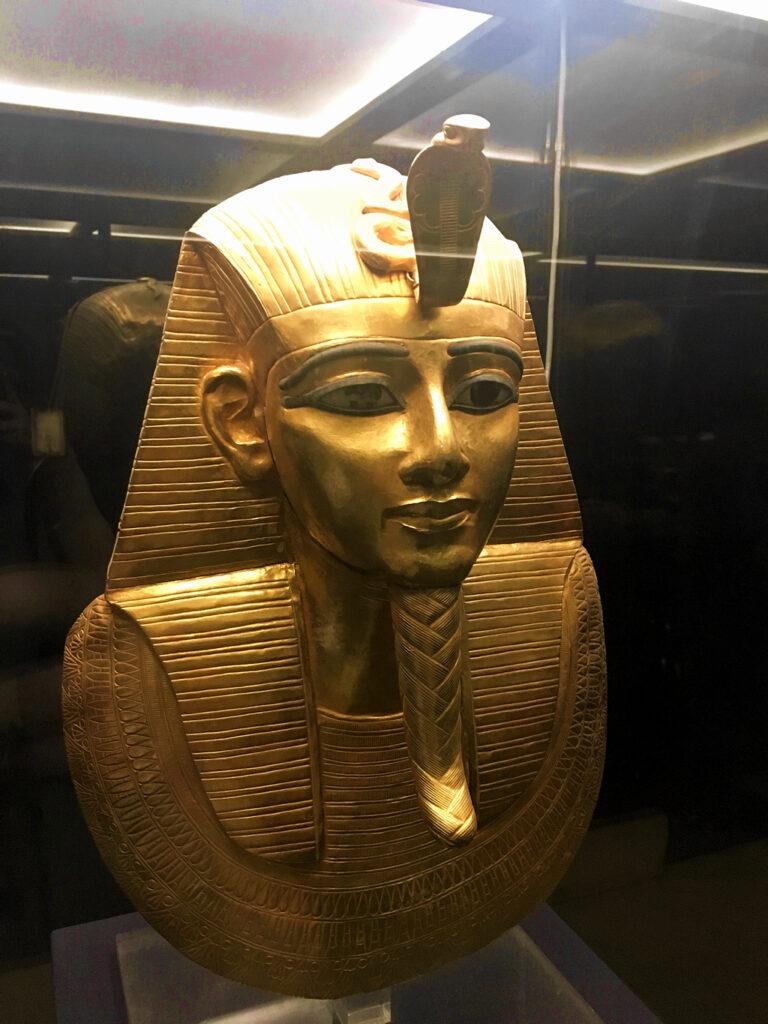 And then, of course, some areas where photos are not allowed: the exhibition of Tutankhamun (which includes the golden mask and the golden throne), and the mummy rooms. You have to pay extra for the mummy rooms, but they are totally worth it. The mummies that you’ve dying to see are here — barely covered, with some mummies showing their faces. It is incredible to see the various pharaohs and high-ranking officials in this state.

All in all, this day was almost unbelievable. I highly recommend going to the Cairo museum twice simply because doing it all in one slot is counterproductive and overwhelming. Museums are a lot of work because you have to focus and learn, but they can be incredibly enjoyable if there is no time pressure on you.

I feel as though I’ve only scratched the surface of Cairo, but now it’s time to take on the Nile. 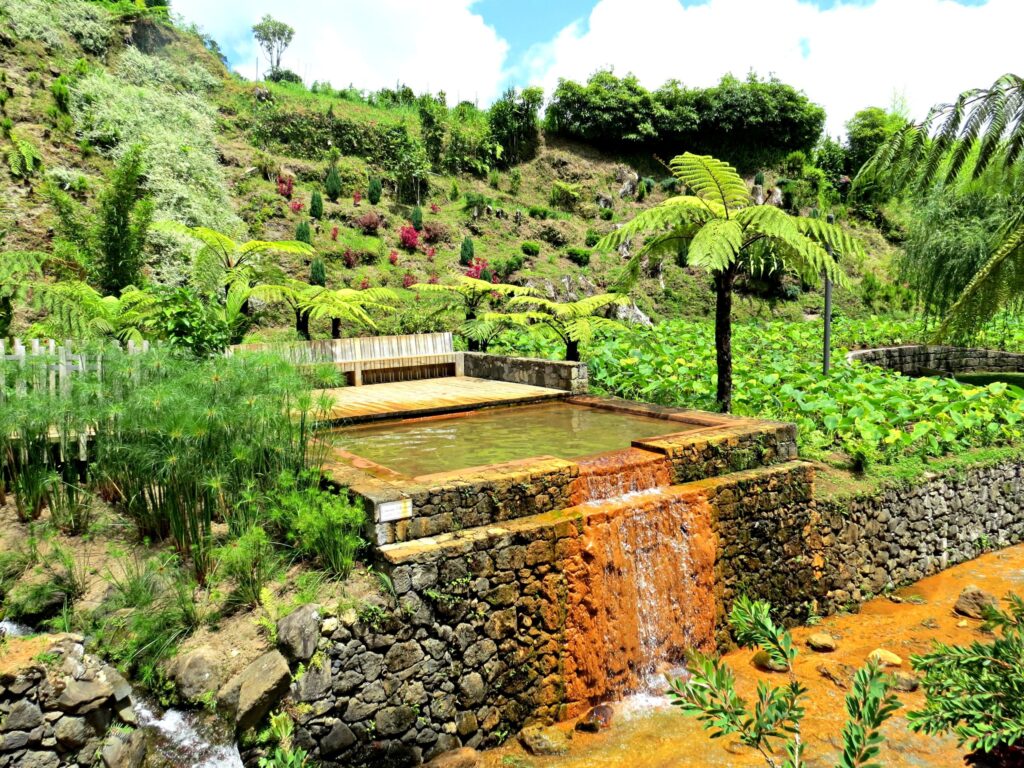 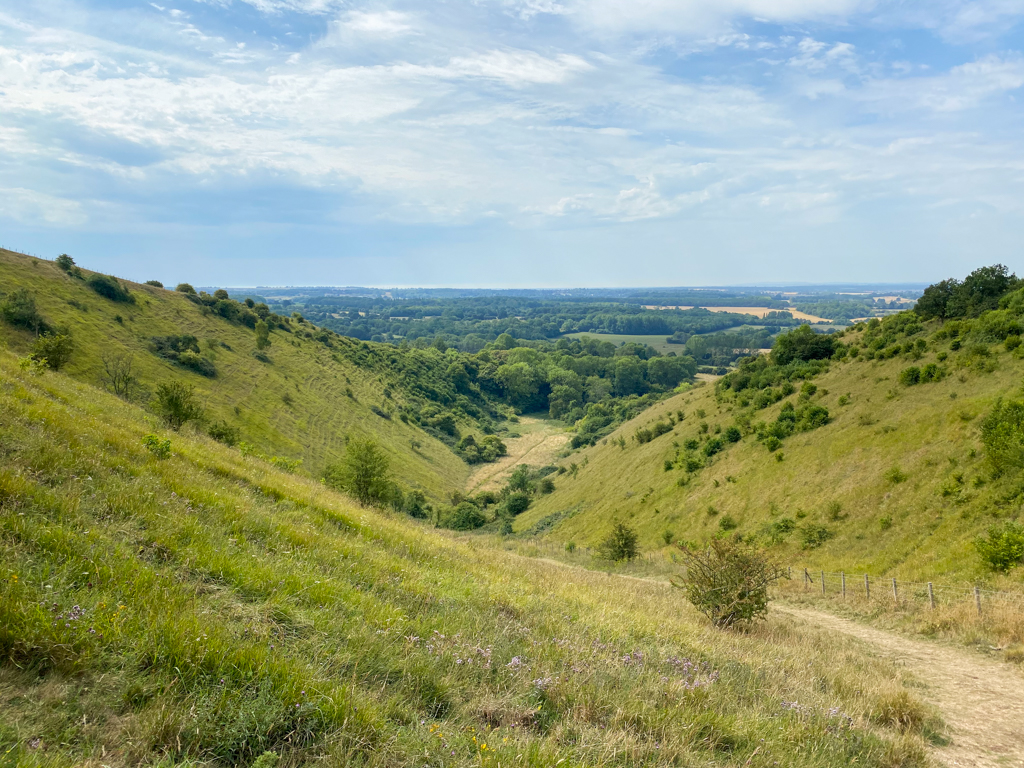 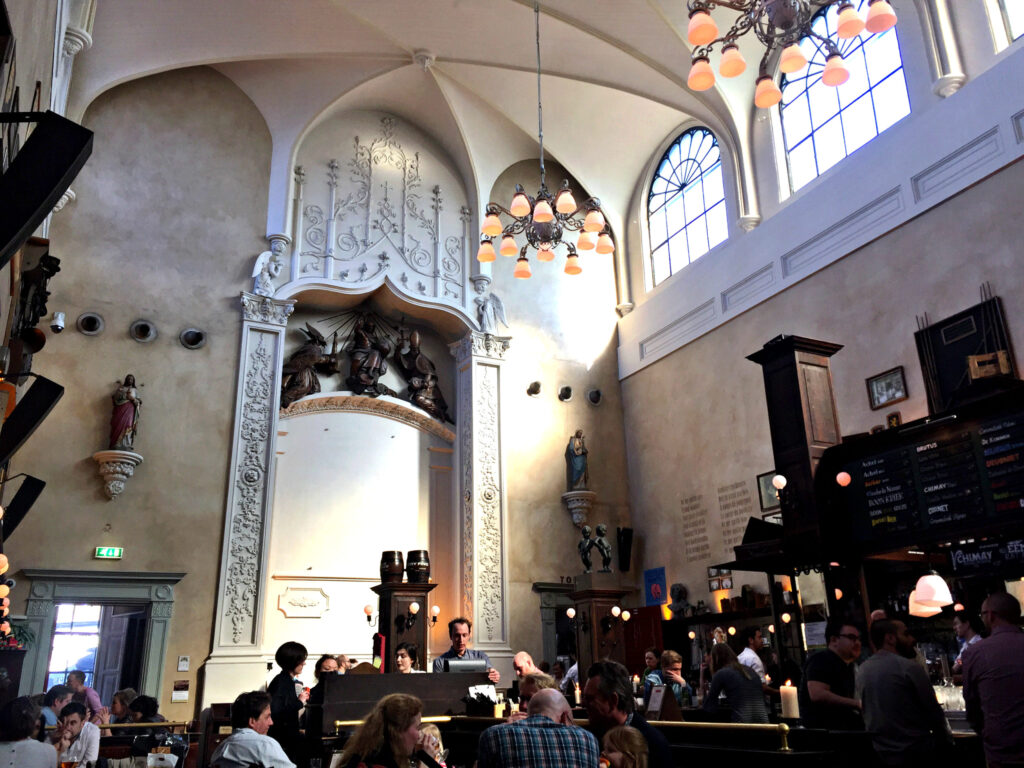