I have been so incredibly excited to share the next several posts with you. In the summer of 2016, I visited the land of my ancestors: the Açores. My mother is from the island of São Miguel and I have visited several times over the years. As these years pass, I become more appreciative of where I come from. The Açores are a group of Portuguese islands in the middle of the Atlantic. While the people are indeed Portuguese, the culture of the Açores is deeply embedded in its residents. The Açores works differently from mainland Portugal. I will be sharing over the next several weeks all I have learned about the island of São Miguel, but for now lets talk about what islanders always get to enjoy: beaches!

Now, there is plenty of coastline on the island of São Miguel, but there are not many endless beaches. Most areas have rocky pools, which are undeniably beautiful, but maybe not what a beach loving vacationer had in mind. Having gone all around the island, I’ve put together the top 5 best beaches on the island. Keep in mind that the winters cause a lot of uproar on the beaches, so the best beach one year may not be as good the next year, but then one not so great may end up being your favorite. It’s kind of a luck of the draw.

My top 5 beaches on São Miguel

This town actually has two beaches, with one being a smaller version of the other. The main beach is beautiful, with a long shore, and also plenty of waves. The only buildings anywhere nearby include the hotel at the end of the beach, and a bar where you can grab something to eat or drink. At one time only known by locals and the hotel, the beach has definitely been found! However, it is a beautiful place to be. Unfortunately, Água d’Alto this year was pretty rocky, so it was difficult to enter the water, but the beach is beautiful enough that it still ranks as number one on my list!

The main, big beach near Ponta Delgada (the capital of the Açores), Pópulo is big enough that it never feels too crowded. Pópulo can get some pretty crazy waves, but luckily lifeguards can keep you updated. There’s a nice snack bar and restaurant, as well as nice facilities to change, shower, and continue your day into the city.

Here is my guide to Ponta Delgada. 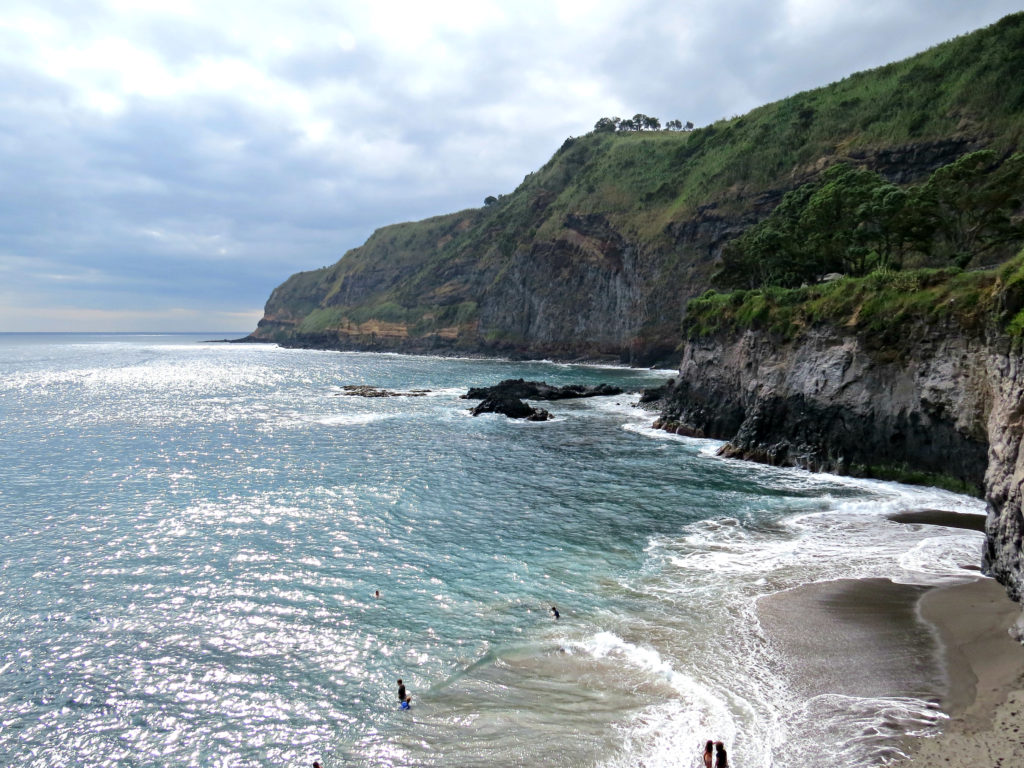 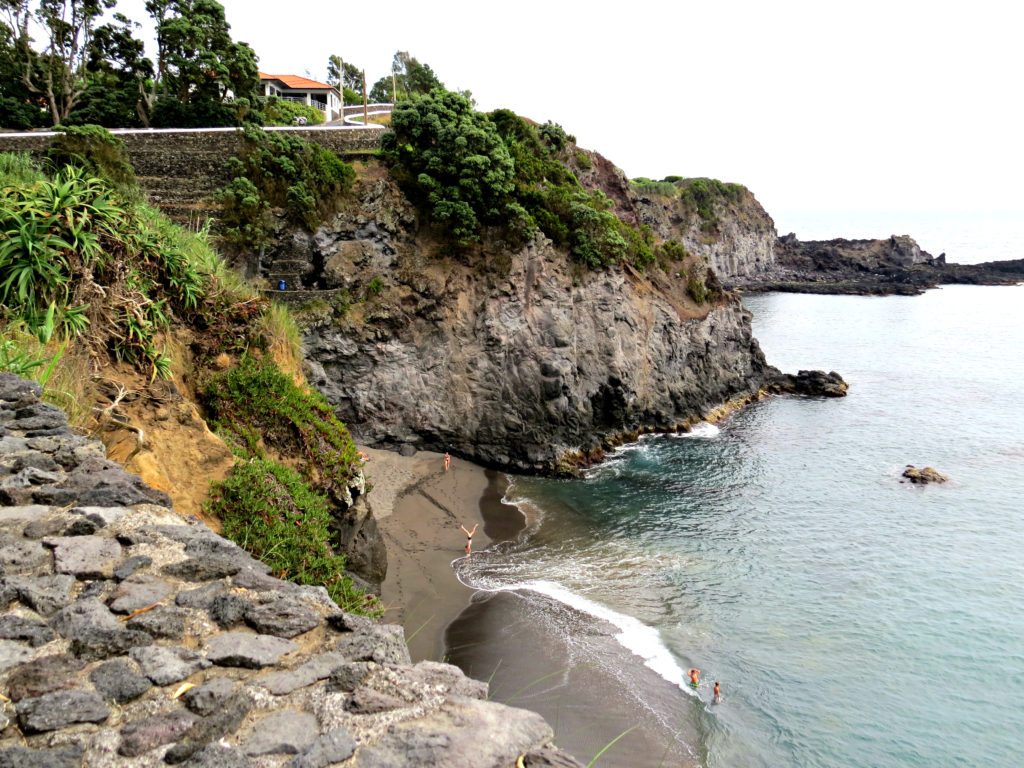 My personal favorite, this duo of beaches is in Caloura, a small vacation town about 20 minutes from Ponta Delgada. As Caloura is where my family vacation home is, I am pretty biased, however I think once you see the pictures you may agree that this is a charming beach! What’s neat about it is that you have to walk down many steps to get to the sand. Once there, you feel like you’re in a completely secluded area.

My mother told me that years ago this beach was hard to get to, and you had to walk down a trail in order to reach the ocean. Today, there is a handy dandy parking lot so everyone can now enjoy it. This beach is a particularly safe one for children, as the waves never get too aggressive here. The beach’s name is a little elusive, but it is right off the Hotel Marina. The sand is incredibly soft, and usually there are not too many people.

Planning on going to here? I have a guide to Vila Franca do Campo with many more details. 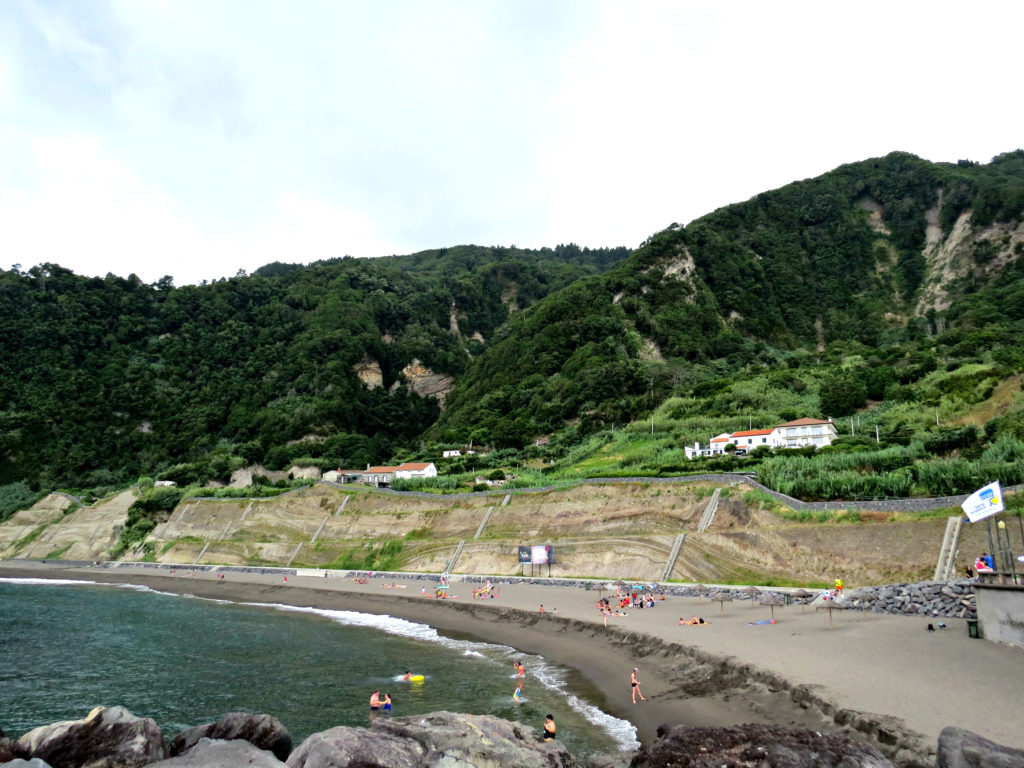 The beach in Ribeira Quente is pretty unique in that it has hot spots in the water, so you go from the somewhat cold Atlantic, to pretty warm temperatures. The hot spots are caused by underwater hydrothermal vents. Ribeira Quente is about an hour east of Ponta Delgada.

Check out my live azores blog post for all things related to the island! 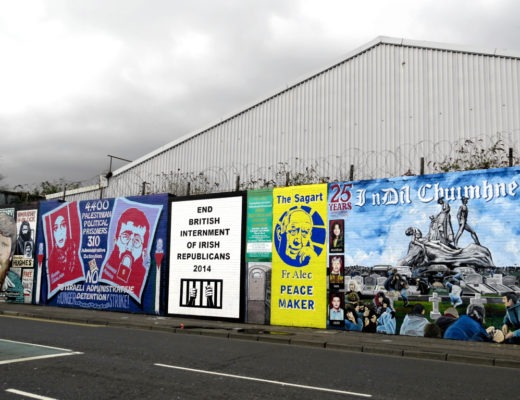 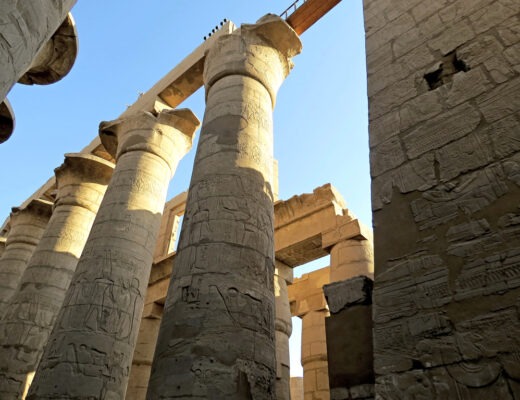 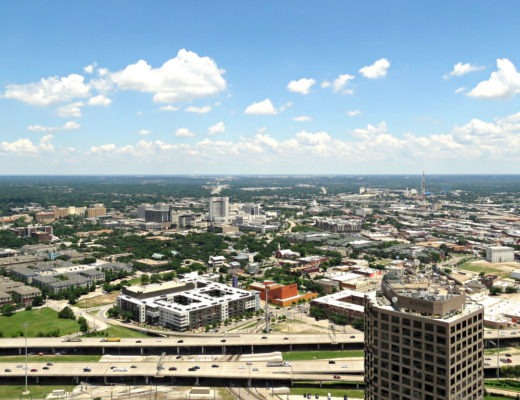 Blazing Through Dallas Part IV: Up High, Down Low

The backstreets of Spitalfields (or Spittellond in

In the sky with diamonds ♦️

I’m so incredibly grateful that I could attend m

In Angel Alley, Whitechapel, there is an artistic

‘Things I Did This Year’, a mural by @marijati