Between Roman Ruins and Arab Influence: Welcome to Zaragoza

After spending a week exploring so many wonderful towns and landscapes in Catalunya, it was time to move further west. I headed out with Victor’s family to meet his extended family in their hometown: Zaragoza. This bustling city is the capital of Aragón. I honestly did not know much about the area before visiting, but turns out Aragon is one of the most important areas for Spanish history and I certainly learned a lot.

Driving into Aragón, all I could see was desert. Dry, brown-coloured mountains passing my view. It was amazing how in just a few hours driving from Catalunya the landscape changed so much. Aragón is actually an area full of contrasts. I am told there are green valleys as well as the snow-capped peaks of the Pyrenees. However, as I did not venture much outside Zaragoza, I simply experienced the scorching desert of summer’s September. 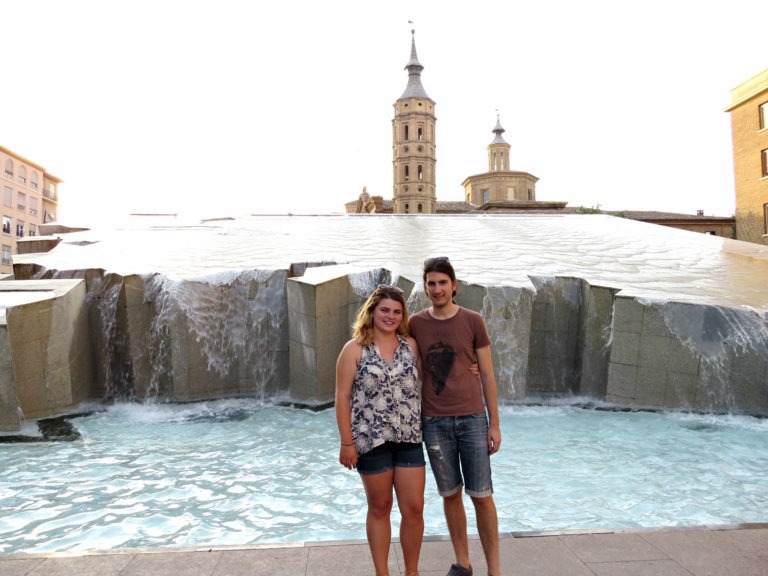 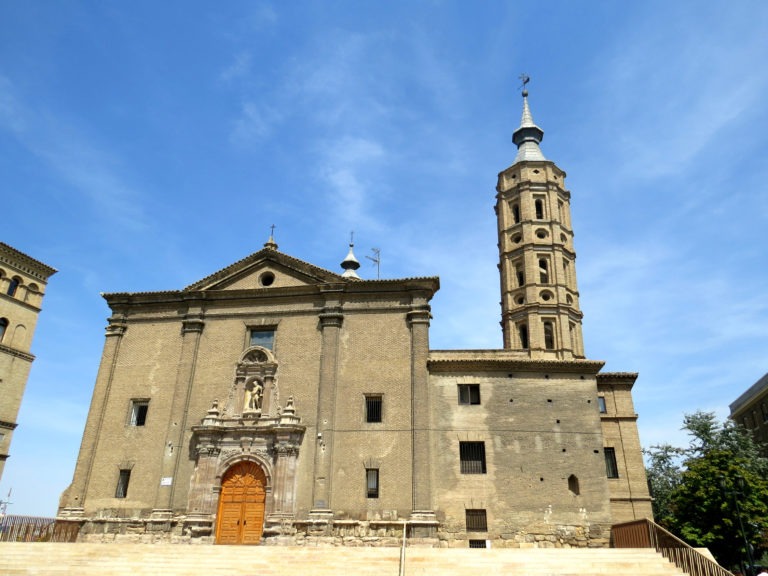 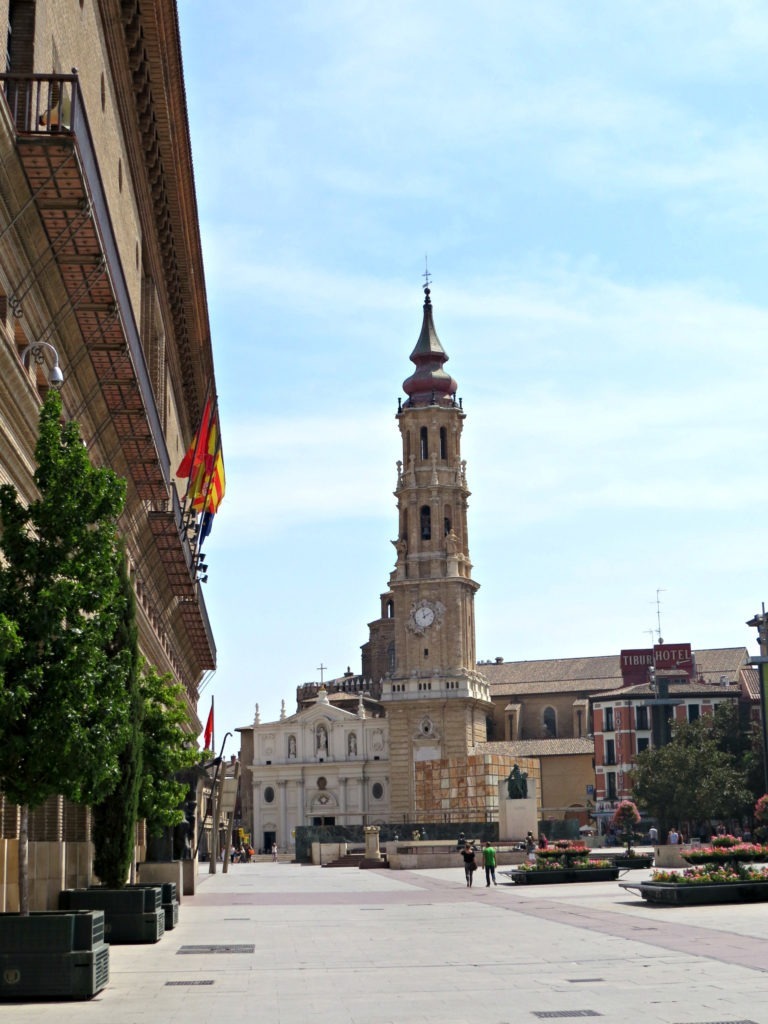 As I mentioned, Zaragoza has a lot of history up its sleeve. In fact, the name Zaragoza comes from what the Ancient Romans called the city: Caesaraugusta (founded by Augustus himself). 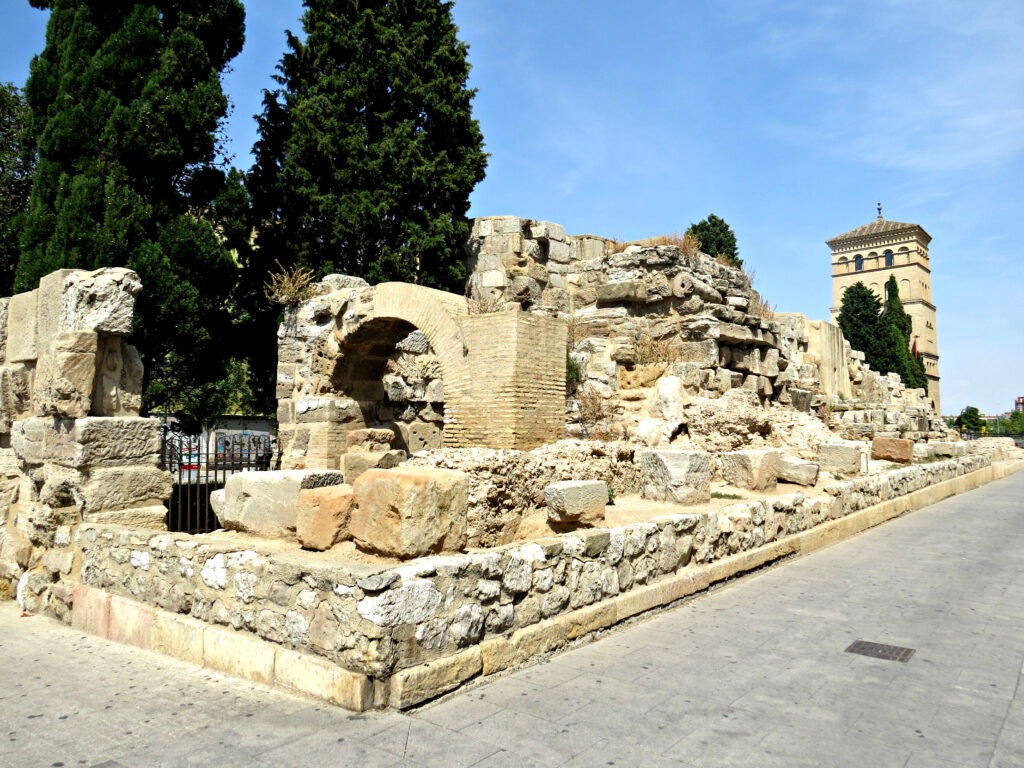 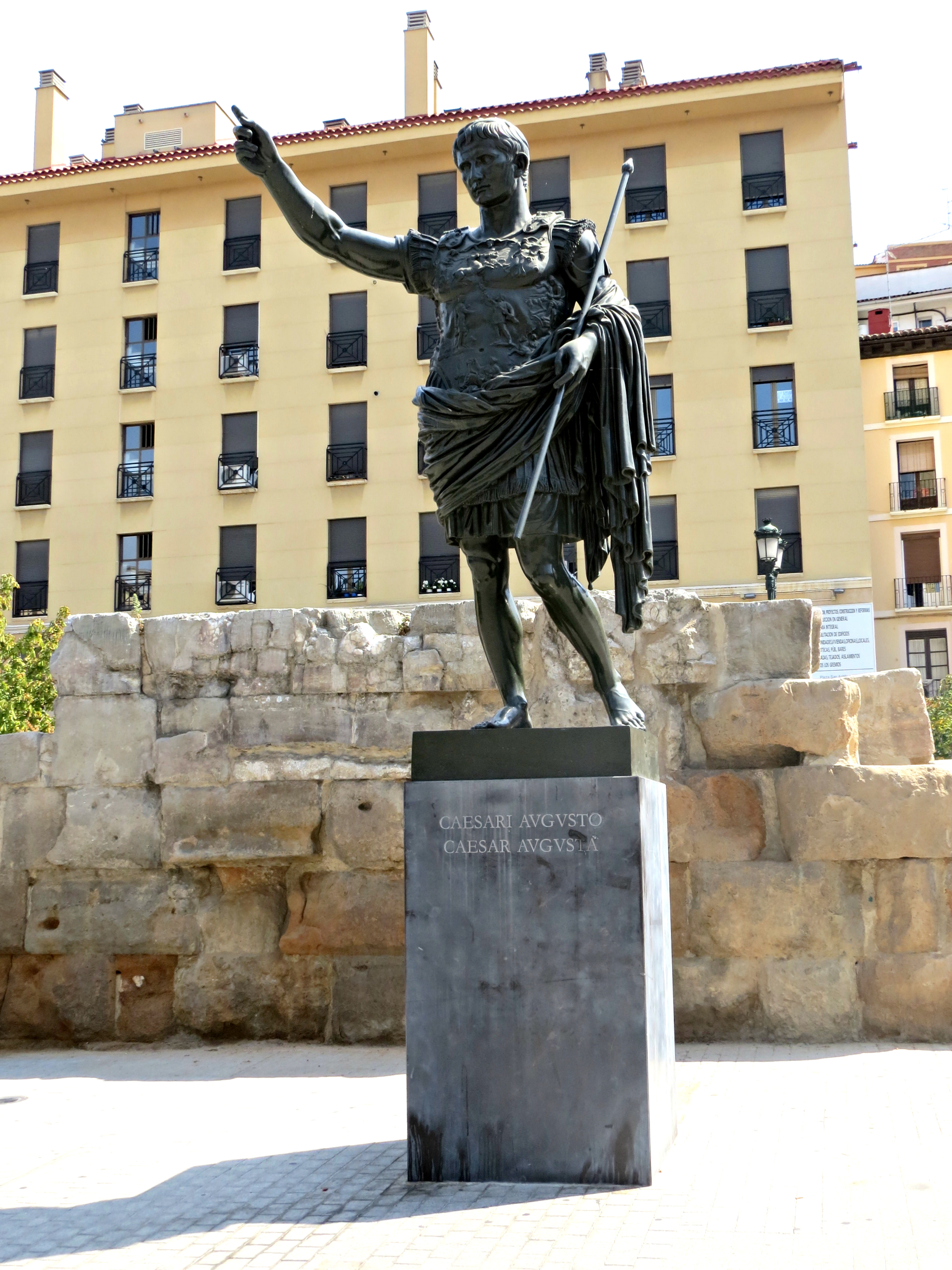 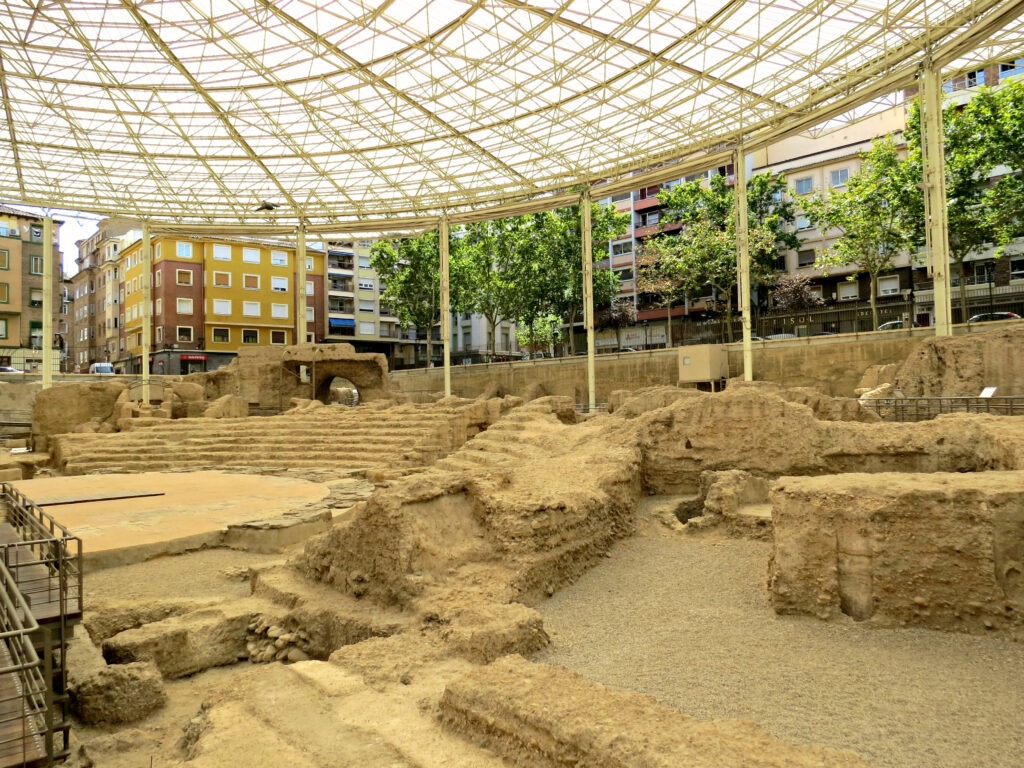 So the first you will see in this city, whether from afar or when you wake up from traveling, is the humongous Cathedral. You can’t miss it. I think my jaw literally dropped at the size of this building. Officially called Catedral-Basílica de Nuestra Señora del Pilar, this Cathedral is the heart and soul of Zaragoza.

The Cathedral is both important today and in history. History-wise, it is reputed to be the first church dedicated to Mary. According to ancient local tradition, soon after the crucifixion and resurrection of Jesus, Saint James was preaching the Gospel in Spain, but was disheartened because of the failure of his mission. The story goes that on 2 January 40 AD, while he was deep in prayer by the banks of the Ebro, the Mother of God appeared to him and gave a column of jasper and instructed him to build a church in her honour: ‘This place is to be my house, and this image and column shall be the title and altar of the temple that you shall build.’ 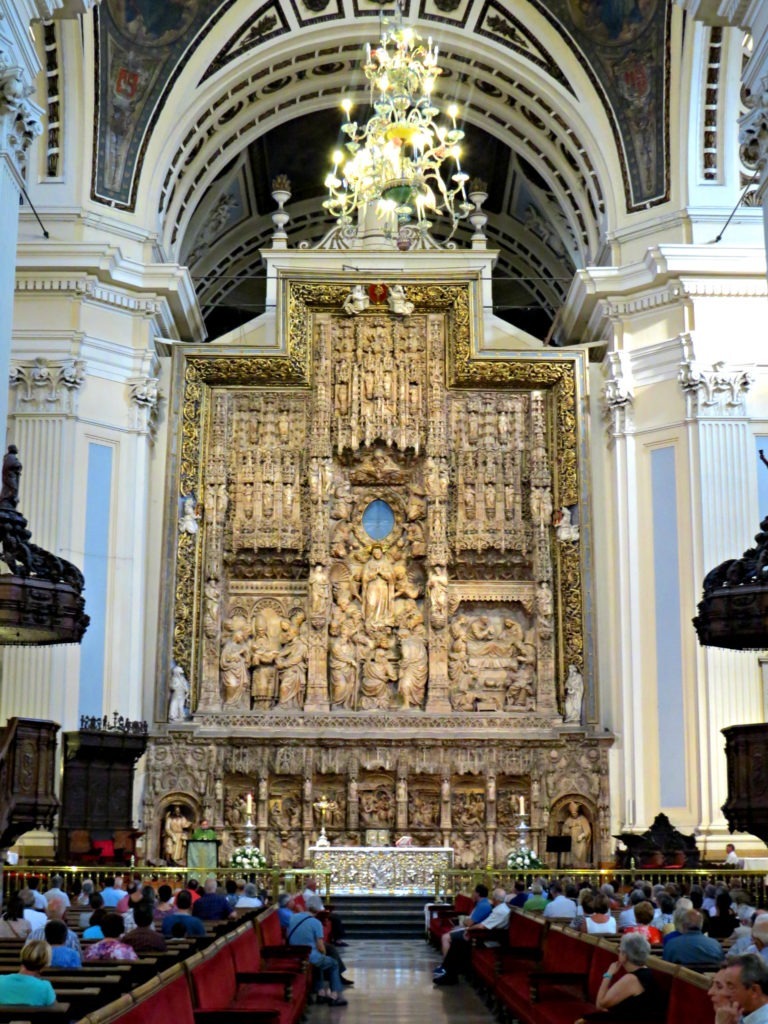 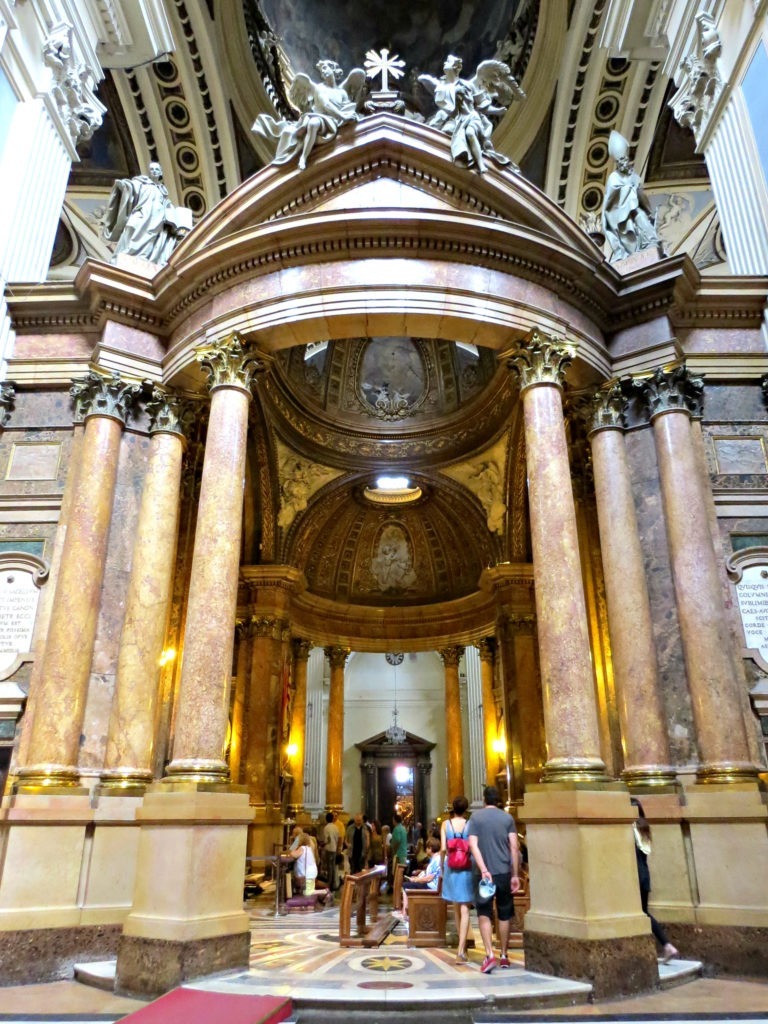 About a year after the believed apparition James is believed to have arranged to build a small chapel in Mary’s honour, the first church ever dedicated to the honour of the Virgin Mary. After James returned to Jerusalem, he was executed by Herod Agrippa in about 44 AD, the first apostle to be martyred for his faith. Several of his disciples took his body and returned it for final burial in Spain. This first chapel was eventually destroyed with various other Christian shrines, but the statue and the pillar stayed intact under the protection of the people of Zaragoza. 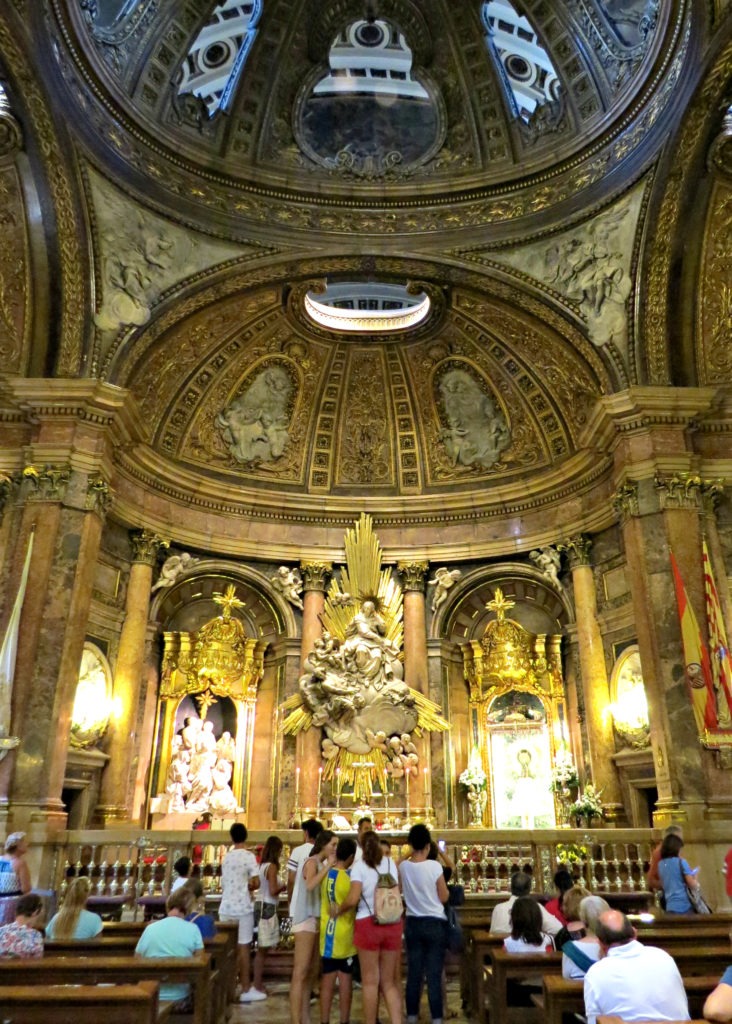 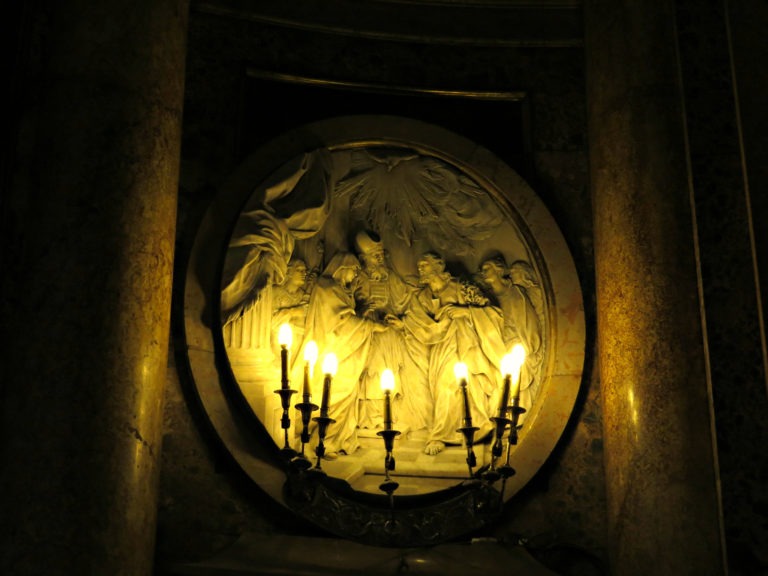 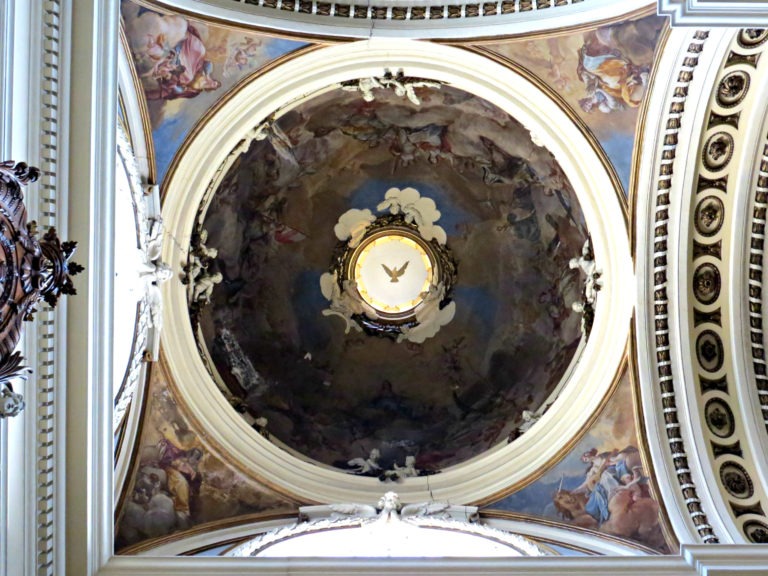 I am by no means a religious person, however make no mistake that the people of Zaragoza certainly are. I was amazed at how many people truly believed this story but then I have to remember, this is Spain after all, where Christianity has flourished for centuries. The present spacious church in Baroque style was begun in 1681 by Charles II, King of Spain and completed in 1686. It really is a grand church, and size is definitely its strong suit. Amongst all the adorations in the church, there is a small area with two bombs on the wall. During the Spanish Civil War of 1936–1939 three bombs were dropped on the church but none of them exploded. Many people believe Mary protected the city from the wrath of war.

Today, the Cathedral is visited by thousands of people every year. Many residents of Zaragoza go to the Cathedral to pray and ask for certain things. Victor’s cousin went, hoping to pass her Law Exam. I’m happy to say she did indeed pass, so who knows!

Like the majority of Spain, from 1018 to 1118, Zaragoza was one of the Muslim taifa kingdoms. During this time another great wonder was built. The Aljafería Palace is a fortified medieval Islamic palace where the Band Hud dynasty resided. The palace is particularly unique as its one of the only examples from the taifa period. And wow. You can really see how much wealth must have come through Zaragoza because of the palace’s grandeur. 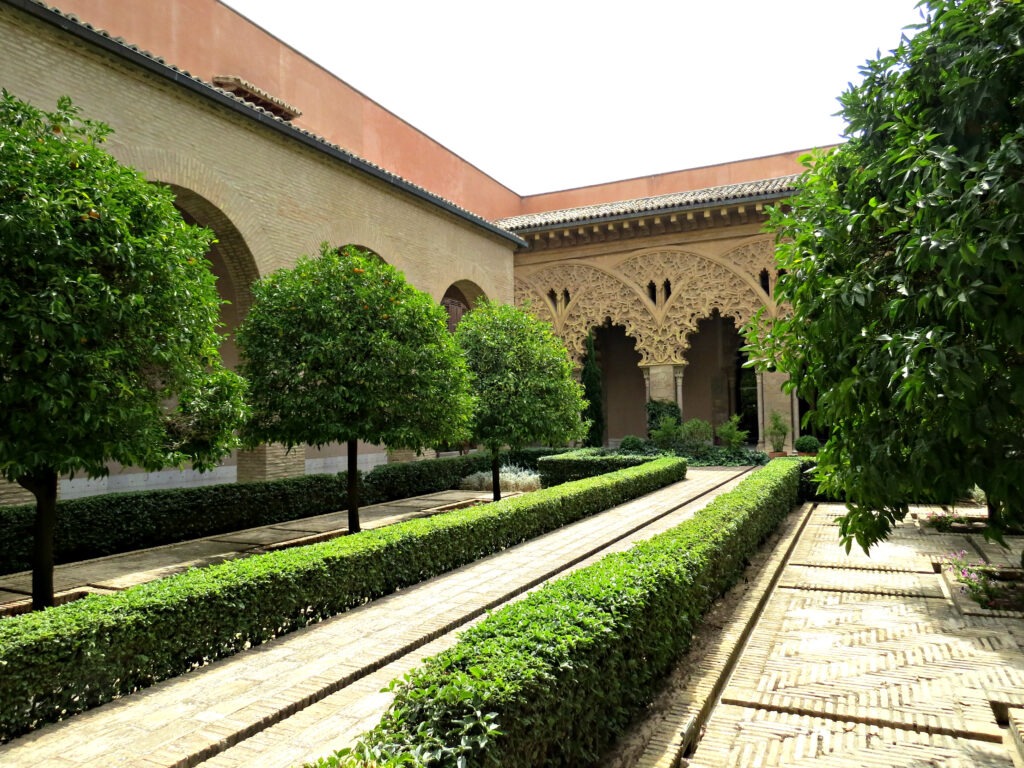 The king himself called his palace “Qasr al-Surur” (Palace of Joy) and the throne room which he presided at receptions and embassies, “Maylis al-Dahab” (Golden Hall) as witnessed in the following verses of the monarch himself:

Oh Palace of Joy !, Oh Golden Hall! Thanks to you, I arrived at the height of my desires. And although in my kingdom I had nothing else, For me you are all that I could long for. 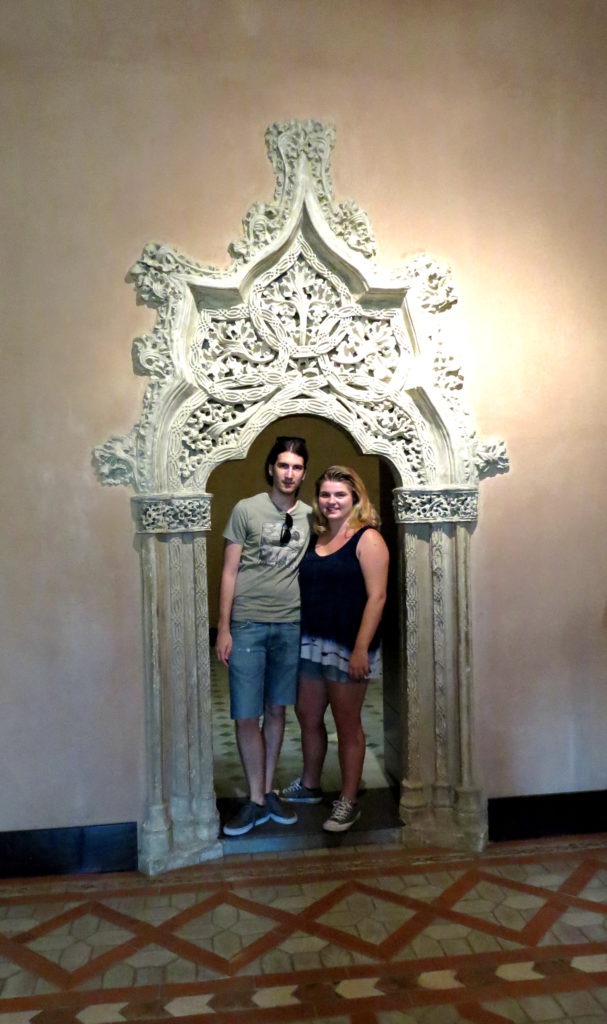 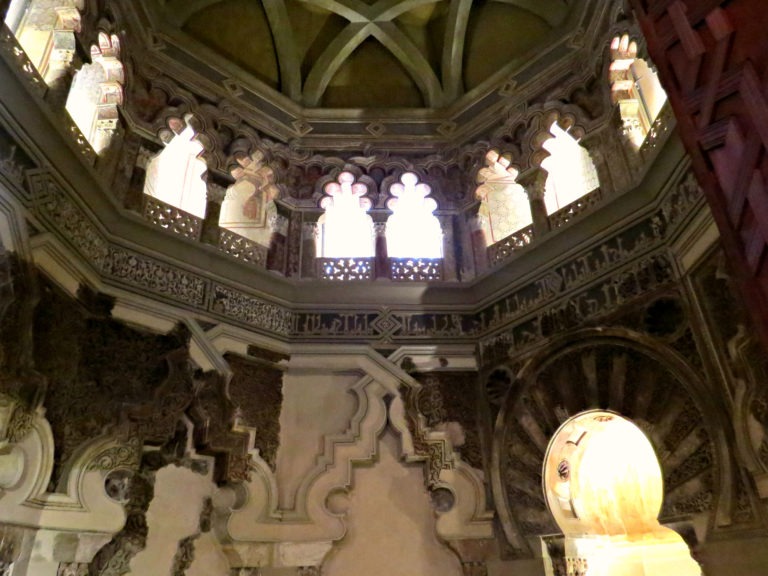 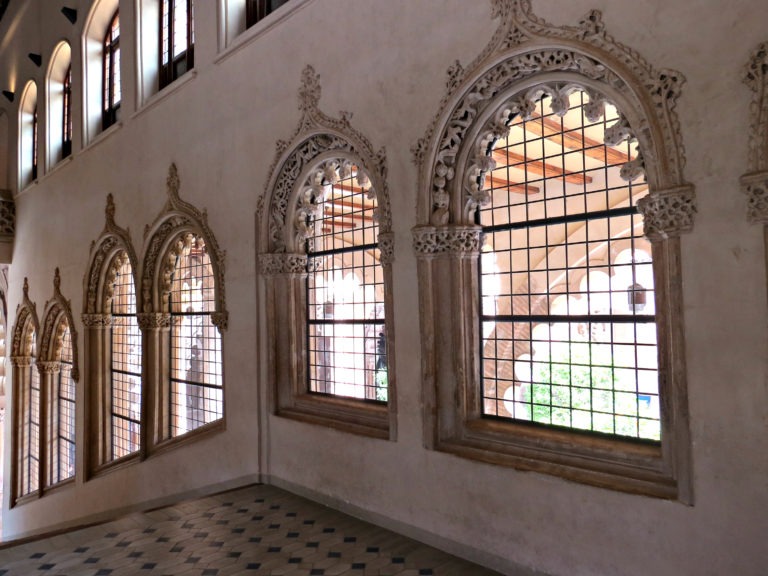 I hope that was enough history for you because now I want to talk about the more modern parts of the city. Not everything is centuries years old. 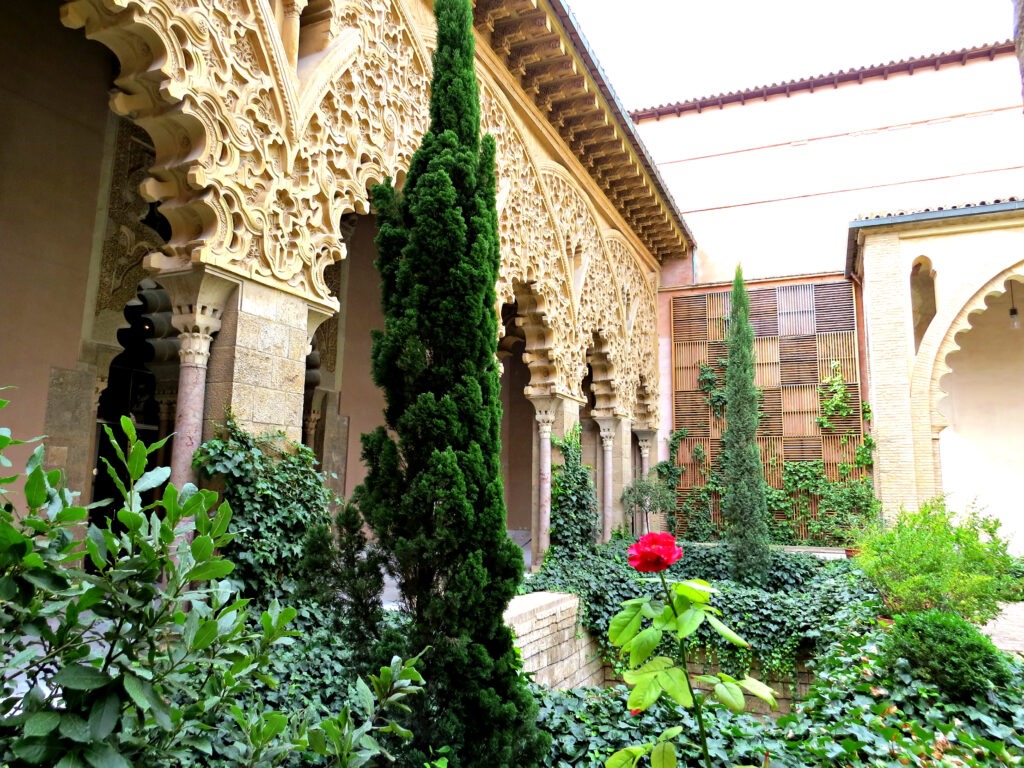 Museo Pablo Gargallo houses original artworks from 20th century Spanish sculptor Prablo Gargallo. Gargallo developed a style of sculpture based on the creation of 3D objects from pieces of flat metal, but he also used paper or cardboard. While his sculpture is amazing, the pieces he used as templates are also incredible. They are works of art in themselves. 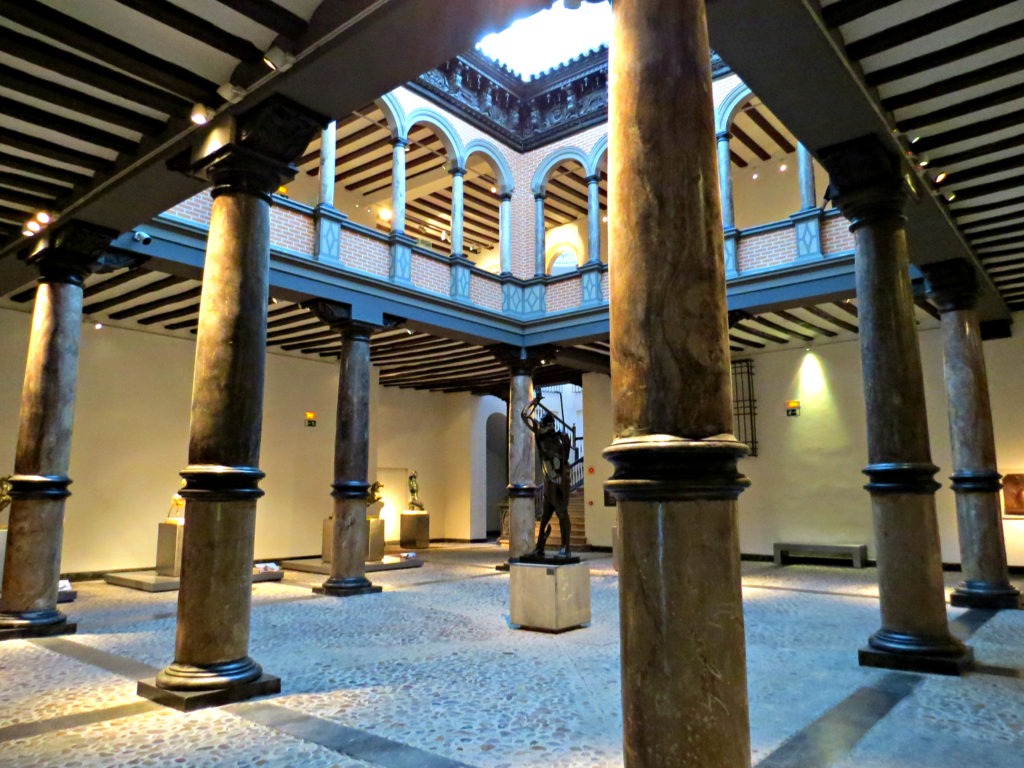 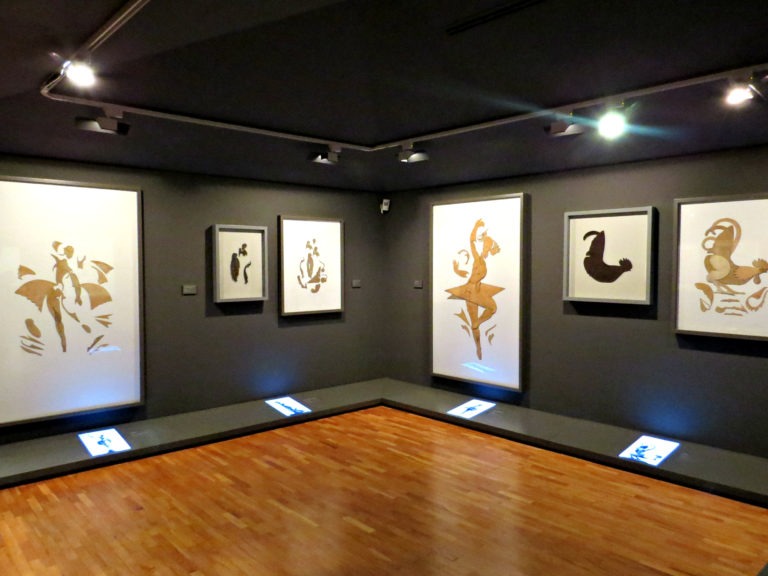 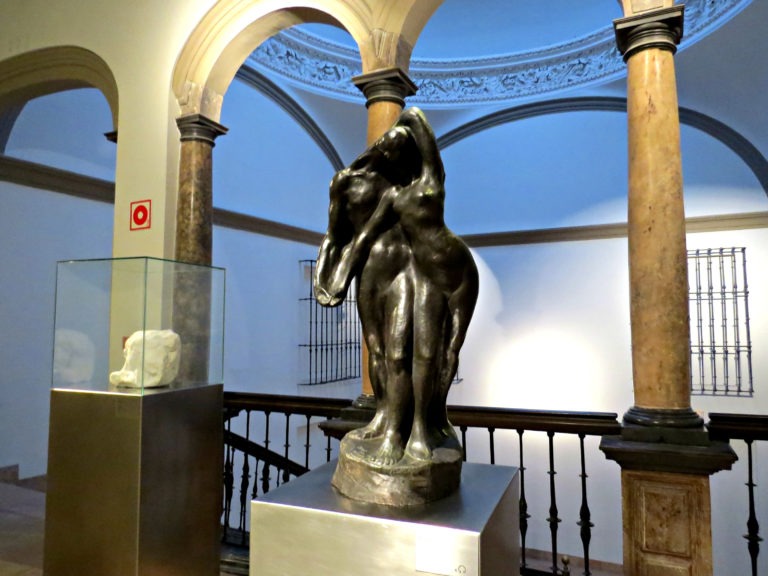 On the other side of the river is the newer part of the city. I ventured over there a couple times to visit some of Victor’s extended family. It is amazing how the Ebro river clearly divides the new part of the city from the old. However, throughout Zaragoza are modern pieces which intertwine with the history of the city. I love when history and modernity juxtapose to create a complex story. 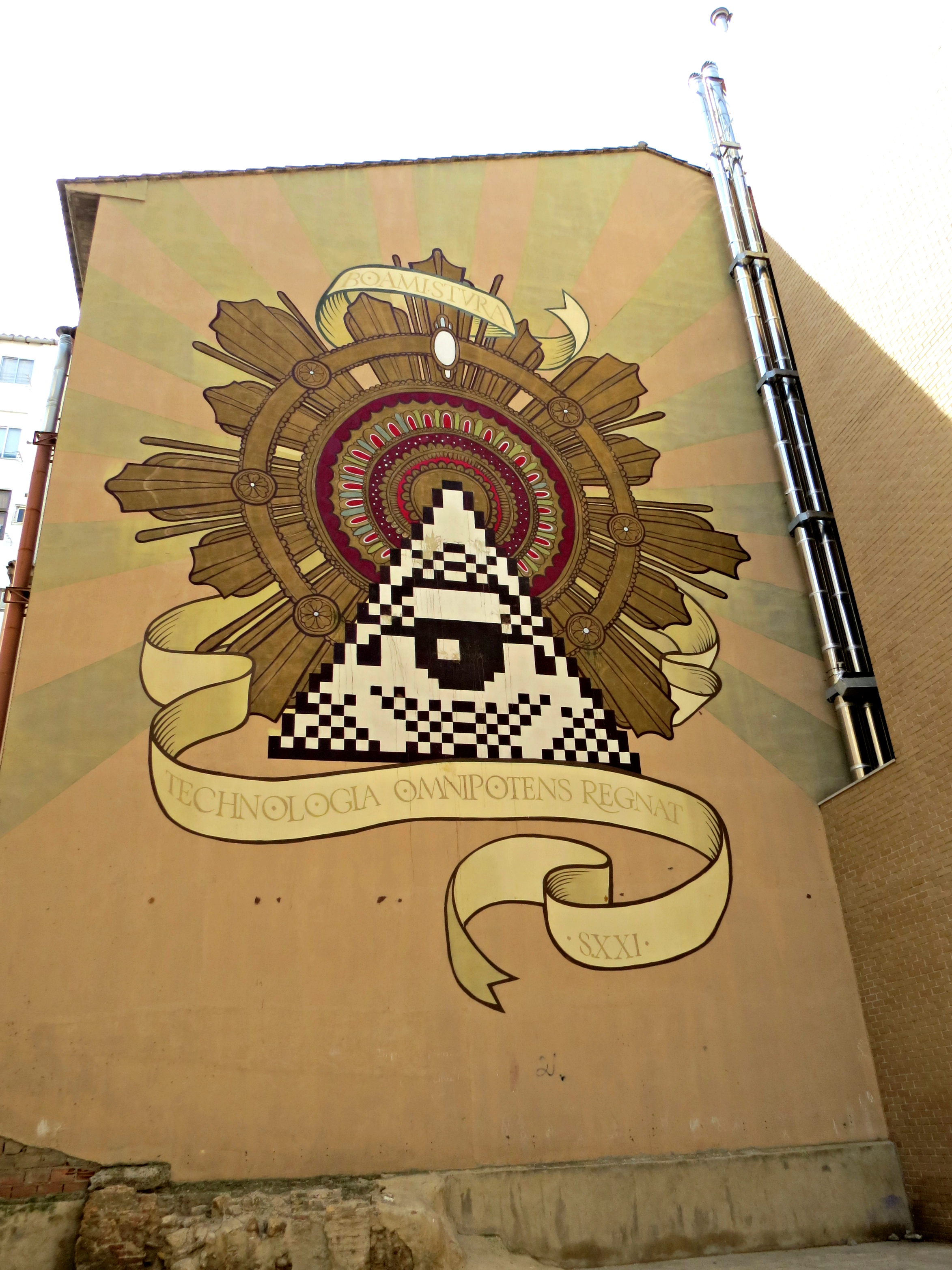 As the fifth largest city in Spain, Zaragoza has quite a lot to offer. Beautiful architecture, history, and of course food. A blog post regarding the tapas culture in Zaragoza is coming soon! Get ready!! 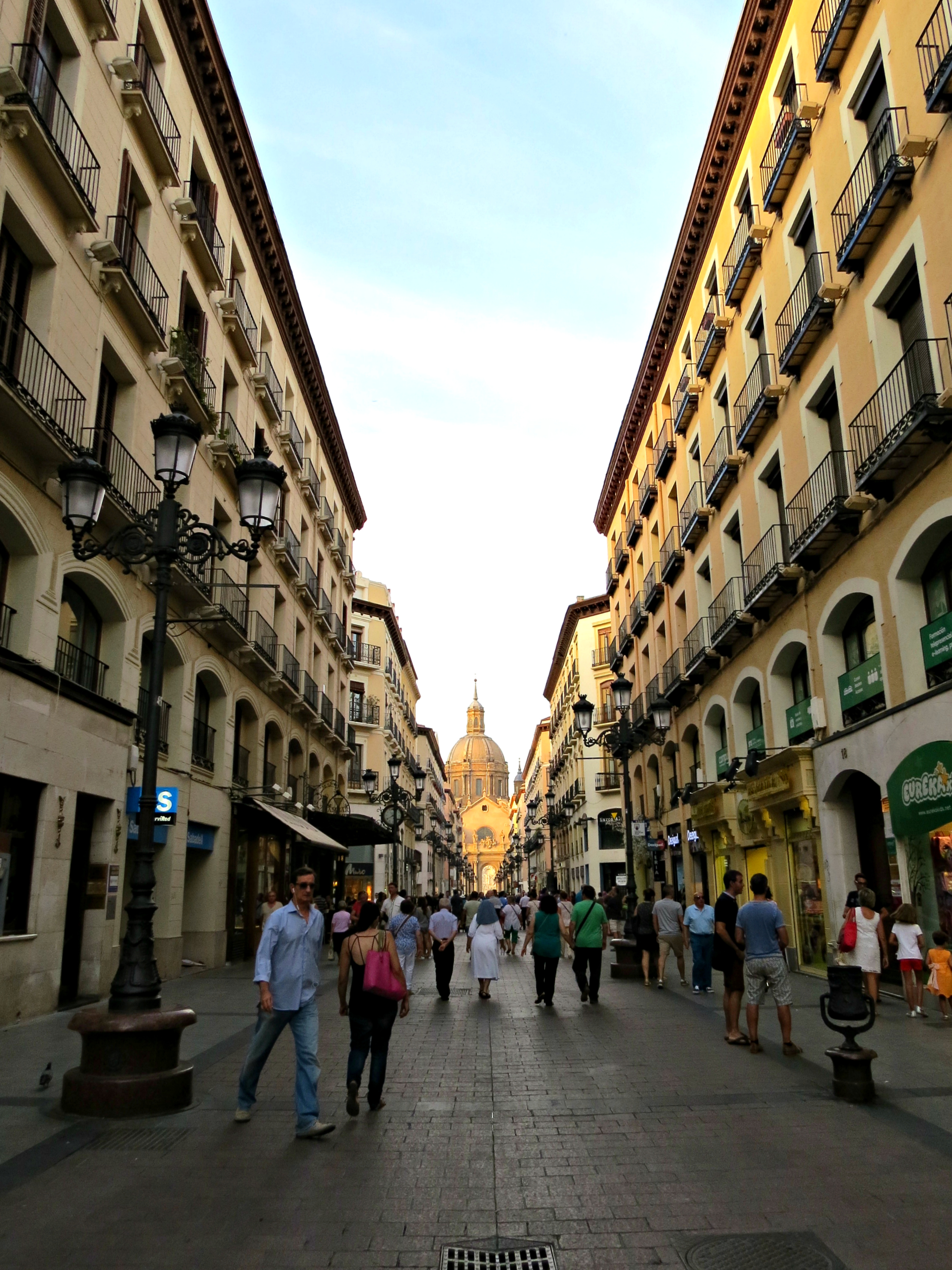 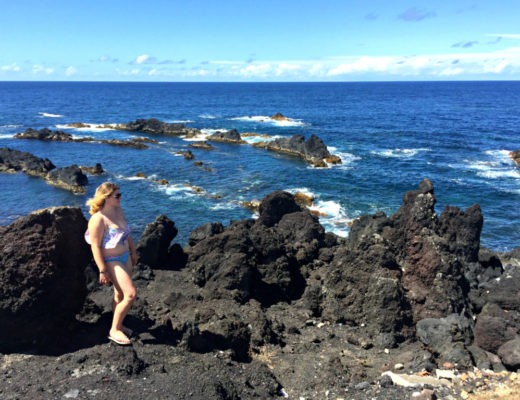 Journey to the West: Exploring Mosteiros 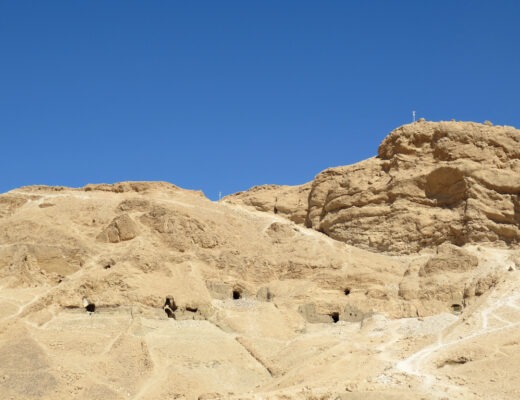 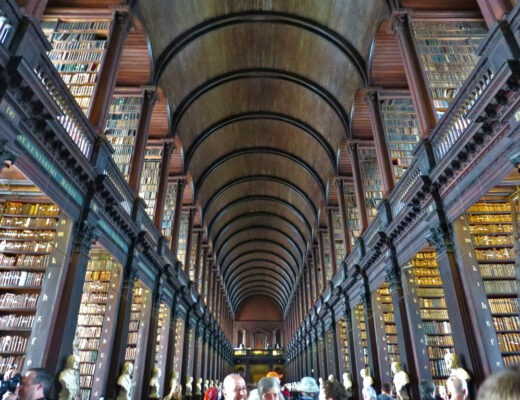 What to Do When The Weather Doesn’t Go Your Way: Dublin Edition

Flashback to the summer, when I was able to sneak

‘Holding Hands’ by @stikstudio — “[This sc